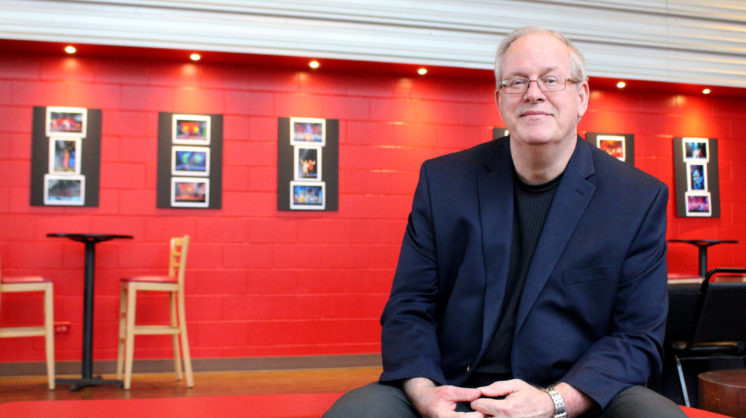 HOW LONG HAVE YOU BEEN IN CORPUS CHRISTI AND WHAT WAS YOUR FIRST IMPRESSION OF THE HARBOR PLAYHOUSE?

I’ve been here since November [2017]. I actually arrived the opening day of A Christmas Carol. When I was being interviewed in October, I knew that was a very important production they do every year, so I wanted to make sure I could be here for opening night. It was incredible. The production exceeded my expectations. But I think the strongest impression I got from that night was the community. Everyone seemed to know everyone; either they knew someone in the show, or they knew someone in the audience, or they’d been to the theater before…it was a great first
impression.
WHAT ARE SOME GOALS YOU’RE HOPING TO ACCOMPLISH THIS YEAR?
Well, for one of goal we’re actually already half way there. I realized when I started here we only had 143 ticket season holder memberships. But we have 6,000 seats for each show so we should have at least 1,000 membership holders. So literally, on the second day I was here, I got on stage before a production started and said, ‘Hey, I’m Bob, I’m the new guy, and by the way, ‘why aren’t you a member?’ And we sold 450. We’re also opening the studio theater, which is their small black box that seats 120 people. It was open five years ago, but between some rain
and electrical damage, it closed. So that’s being repaired now and should be open this fall.
WHY DO YOU THINK THE HARBOR PLAYHOUSE IS IMPORTANT TO THE COASTAL BEND? One of the reasons The Harbor Playhouse tries to do shows with big casts is because we’re totally open to everybody. We don’t do small productions here. Annie, for instance, has 52. A Christmas Carol had 60. Grease has more than 30. We want every person who has a dream or passion for being on stage to come and audition. That’s why it’s important.
IS THEATRE SOMETHING YOU’VE ALWAYS BEEN PASSIONATE ABOUT?
Yes. The first show I did was in 1973. I’ve done it professionally; I lived in New York, have done national tours, dinner theatre, and at one time for about five years, I owned a professional company in Jacksonville, Florida. And all of that gave me the experience to literally walk right in here [at the Harbor Playhouse] and start shaping it and making it even better. It was the fastest transition I’d ever made in my life. I have a dream job, and it’s absolutely wonderful. I’m so glad to be here. The Harbor is a wonderful place, and Corpus is a wonderful town.
Share