Looking Back: The Story of Cole Park - The Bend Magazine 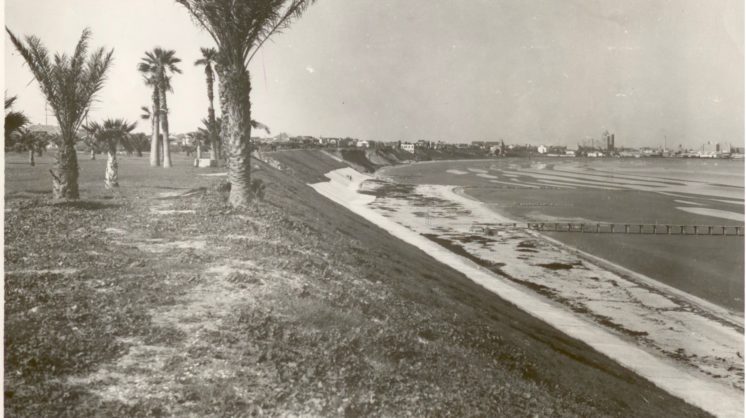 Today, some of the most iconic views of Corpus Christi’s skylines can be seen from Cole Park.  We – depending on age – share memories of concerts, giant wooden playgrounds, fishing, swimming, picnics, civic club meetings, movies, and just taking in that iconic skyline view across the bay. The Cole Park of tomorrow, with a brand-new pier, is a far cry from what its original owner saw in his lifetime.

Attracted to the area by the influx of development in the 1890s, real estate developer E.B. Cole donated just six acres of land to form a public park along Corpus Christi Bay nearly a century ago. Cole’s name is on not only the park, but a street nearby as well, in recognition that he sold the land that became the Del Mar, Six Points, and Lindale neighborhoods.

Cole certainly couldn’t have expected the way the City would grow the acreage of Cole Park by the 1960s: by building a seawall and backfilling 20 acres. Decades of tides and storms had worn down the original park’s land, and the city’s big investment helped to create the park we all know today. The expansion came with improvements like the amphitheater, pier, parking, and plenty of places for kids to play and adults to relax and enjoy the scenery.

As we enter the next phase of development for Cole Park with a new pier coming later this year, the city’s investment in this destination is setting up future generations for their own memories at E.B. Cole Park.