Leadership and Representation: The National Hispanic Institute - The Bend Magazine 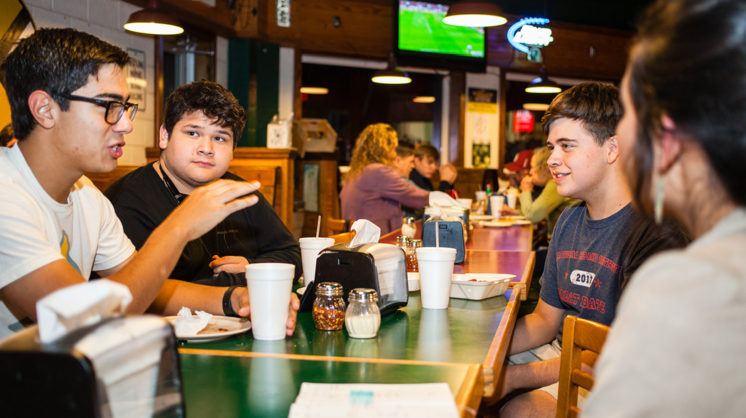 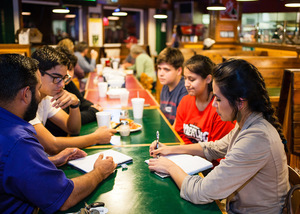 The National Hispanic Institute (NHI) as a whole is firmlybrrooted in not just the Latino
community, but the Latino Community of South Texas. Foundedbrin 1979 by Ernesto Nieto, a Houston, Texas native, and Gloria de Leon, a McAllen Texasbrnative, the organization was bornout of a desire to help the community at large.

After working for an anti-poverty agency, and for Houstonbrand Deer Park ISD, Neito sought to actualize his vision of expanding Latino leadership in thebrcommunity. A natural fit, he
implemented his background in education to found NHI andbrencourage promising students to
pursue leadership roles and help them develop the skillsbrneeded to be successful in said roles. 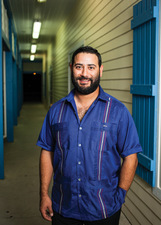 Led by Efrain Arriaga Jr., NHI’s Project Administrator, asbrwell as volunteers and Lania Alaniz of Veteran’s Memorial, NHI-Greater Corpus Christi seeks tobrexpand and nurture Nieto’s vision in the Coastal Bend. “NHI is a student run organization thatbrintroduces kids to ideas like community equity building and social entrepreneurship forbrthe purpose of bolstering theircommunal identity and then arm them with the soft skillsbrthat are necessary to thrive in those environments,” says Arriaga.

NHI has huge goals for the future too. “Currently, ourbrbiggest goal is to work with 75 freshmen annually and cross over 90% of our kids to the next years’brexperience,” says Arriaga. “The futureof the organization is bright as we have seen increasedbrenthusiasm about the growth of the organization. Five years ago, when I took over, we had lessbrthan $300 in the local chapters fund with only a dozen students from 3 CCISD campuses. Last year,brwe worked with over 50 kids across the three grade levels we serve, representing 13 highbrschools in 5 different school districts. We have awarded between $10,000-$15,000 inbrscholarships each of the past 3 years between the Corpus Christi Independent School Districtsbrcontribution and our fundraising efforts.” 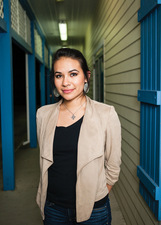 While NHI’s goal is to serve the community, it also needsbrhelp from the community to continue its vision. Fundraising is a huge component to achievingbrtheir goals, but Arriaga still sees it as a teaching opportunity as well. “The primary fundraisingbrvehicles for NHI-Greater Corpus Christi efforts are our Annual NHI Derby Daybrevent held annually at Bleu Bistro along with the Corpus Christi Food and Wine Festival, which is a for profitbrfestival I founded with some friends that has a charitable component. Rather than just sell candy bars orbrwater cases, we aim to introduce kids to the concepts of large scale event planning andbrentrepreneurship as a means to self sustain.”

Arriaga sees NHI as hugely important for South Texas, butbrpart of that importance has to reach
beyond a local community. “Students must see themselves asbrbeing a part of a community
much larger than that which they reside in during theirbrformative years,” says Arriaga. NHI has a
global footprint that has served thousands of students inbrdozens of countries on three different
continents. Their impact will only continue to grow as thebrorganization builds momentum and help foster tomorrow’s leaders.