Jeremy Coleman: Where There is Growth, There is Change - The Bend Magazine 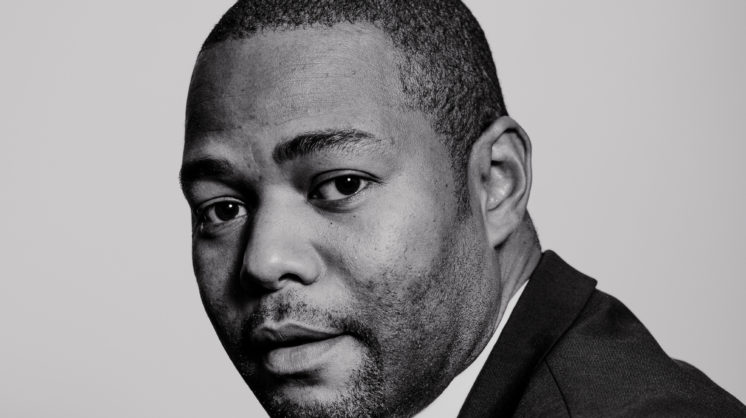 In 2016, Jeremy Coleman began his journey to run for president of the H. Boyd Hall Chapter of the NAACP. Feeling passionate about helping to pursue political, educational, economic, and social equality for every person in the Corpus Christi community, Coleman saw an opportunity to influence positive change on the programs and events produced by the NAACP. Despite his decorated experience in community service and organizational transformation, it wasn’t yet Coleman’s time to lead the group. However, his commitment to being a part of the NAACP and connecting with activists locally, and across the world, did not waiver. Coleman began praying and preparing for his next opportunity to run again – and keep running until he achieved his goal.

With the support of his pastor, and a family legacy of NAACP activism, Coleman again vied for the presidency in 2021 and won. Now, his sights are set on “implementing change and guiding the chapter in a new direction.” Coleman is excited and motivated; his unique perspective on youth and college-aged students being change-agents for diversity is vital to the continued growth of the NAACP. And he’s just getting started.

The National Association for the Advancement of Colored People, known predominantly by its acronym NAACP, has a 113-year legacy as the largest and oldest civil rights organization in America. Originally established in 1909 in New York City, the NAACP was formed by Black and white activists coming together, largely in response to the racial injustices plaguing African Americans throughout the country. This was an interracial endeavor that aimed to seek justice for Black Americans facing horrific physical, social, and legal violations against their basic rights as human beings.

It didn’t take long for the efforts of the organization’s founders to start spreading among other major cities across the nation. By 1913, the focus was on expanding NAACP’s local chapter presence, and by 1919, there were more than 300 active local branches, amounting to roughly 90,000 memberships; on April 4, 1919, the Corpus Christi branch became the 68th chapter, created and founded by H. Boyd Hall. Corpus Christi’s African American population was very small then, but they were no less discriminated against than the Black people in other communities around the nation. Given this small population, it was fertile ground for all members of the community, regardless of racial identity, to come together and fight injustices together – thus fulfilling the NAACP’s vision of multiracial membership.

Over the years, however, a number of political, social, and cultural shifts in America have changed the membership landscape across the board. In many chapters, more commonly in smaller, more rural towns, the chapters are sustained by the dedication of the Black community. Suffice to say, Corpus Christi remains an outlier in the midst of cultural climate change in that to this day, the H. Boyd Hall Chapter is populated by a diverse range of races, ethnicities, and socioeconomic statuses.

The groundwork for a thriving NAACP branch here in Corpus Christi has been laid out through decades of grassroots campaigning and advocating by past leadership and members who felt passionately about equal rights for all. And it is this foundation that the organization’s new president, Jeremy Coleman, stands upon to lead the group into the future.

Coleman, who has replaced the NAACP Corpus Christi Branch’s long-time chapter head, Terry Mills, understands the magnitude of the footsteps in which he will follow.

“There is a legacy to uphold for the H. Boyd Hall Chapter of the NAACP, and the torch has been passed on to me,” said Coleman. “It’s important for everyone to understand that before I took over the NAACP, I committed to changing the direction by providing programs for youth and college students, specifically for Black students. So this new phase for the local chapter of the NAACP simply means we will be doing what we are equipped to do: civil rights and the protection of everyone’s human rights.”

In a sense, he sees his role as a way to bridge the gap between the past and the future. While there has traditionally been a way in which the NAACP has achieved positive impact in the community, Coleman sees the opportunity for more young people, and more Black people, to take leadership roles in the community.

As a native Corpus Christian and lifelong member of the NAACP, Coleman has been vocal about his desire to see more Black representation in political roles in the city. Creating more diversity in city-wide leadership roles not only allows for more equal representation at the highest levels, but for those leaders, provides opportunity to create real, lasting change for their constituents. “As leaders, we are provided the awesome task to make impactful change in a person’s life,” said Coleman.

Thus, a major initiative for the NAACP’s Political Action Committee will be finding those individuals who are active in the community and who are service-driven. He envisions those types of people will be the catalysts for moving the chapter forward.

And being service-driven isn’t just a requirement Coleman has for future leaders of the community, it is a passion that is ingrained in the new president, whose calling has always been serving the community. It was from this dedication that fueled his decision to run for the president position, coupled with fierce motivation by what he was seeing nationwide following the death of George Floyd.

Today, the H. Boyd Hall Chapter is funded through community support, as well as through the solicitation of local, state, and federal funding. One of its annual fundraisers is the Martin Luther King, Jr. Awards, which is a banquet to celebrate wins and accolades of NAACP supporters and members.

Operating on a rather small scale in comparison to other major U.S. cities presents an ideal opportunity for the local NAACP chapter not to solely focus on the promotion of equality for African Americans, but to extend those efforts to anyone, such as low-income residents, who may be affected negatively by discrimination.

What’s on the Horizon

On each of these fronts, discrimination and equal representation are battles that still need to be fought, and will continue to require the attention and support from organizations like the NAACP. But they can’t do it alone. Coleman feels empowered by the relationship the community has with the Corpus Christi Police Department, saying that he believes the community has a strong relationship with law enforcement and it is his mission to help in continuing that effort.

Coleman wants relationships with local authorities and government to be a precursor to making inroads with growing the NAACP’s presence in the Coastal Bend and promoting the knowledge that the organization is here and active in striving to abolishing discrimination by adding more diversity in places where crucial decisions, laws, and policies regarding our city are being made.

The foundation has already been set, reiterates Coleman, and now it’s time to get to work.

While the H. Boyd Hall Branch of the NAACP has seen many changes throughout its 100-plus-year history in Corpus Christi, Coleman said he is looking forward to catapulting the organization to new levels, while remaining true to its core values, as he humbly walks into the role as the new president.