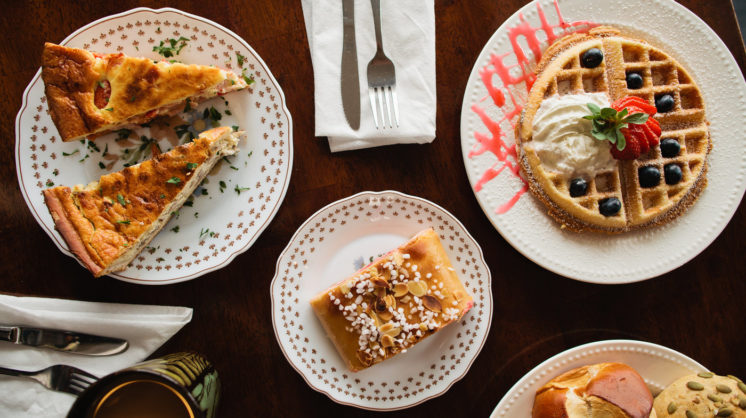 JB’s German Bakery owner Brigitte Kazenmayer is feeling “awesome” about the recent move from The Island to Staples Street.

Kazenmayer, who comes from Nuremberg, Germany and owns the restaurant and bakery with her husband Jurgen, and has owned it since it opened. Jurgen learned how to bake in Germany, having taken classes for three years, and master classes for another two. Jurgen then went on to own his own bakery in Germany for over 30 years. Kazenmayer, on the other hand, learned everything from her mother and from her husband.

Sweet classics such as their famed selection of bread, cinnamon rolls, pastries, and cookies as well as their more savory dishes like their schnitzel, gulasch, and other lunch items will still be on the menu, with new favorites to be added in the future.

While Kazenmayer says there will not be any new menu items at the moment, the bakery is waiting for a new German chef to arrive to add more menu items. Once the chef’s visa is approved, the bakery will start featuring more breakfast and lunch items.

With a new, bigger space, Kazenmayer says that it’s a good space to “grow into.” With more tables and a bigger area, Kazenmayer is excited about their new phase and a growing community.