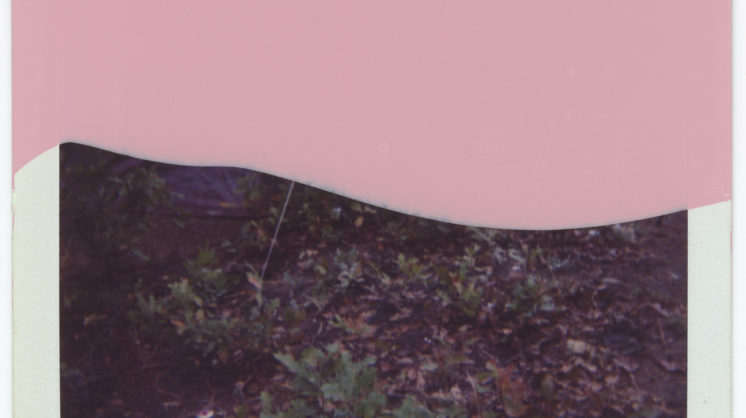 CORPUS CHRISTI, Texas – “I want people to stop looking at the center of art and expect to see everything,” said Odette England. “I want them to think about what lies on the edges.”

The Outskirts/Exposed, a 25-piece exhibition of photographic works by Odette England (b. 1975), a Rhode-Island based artist and photography professor, is on display at the Weil Gallery at Texas A&M University-Corpus Christi through Friday, October. 12. The exhibit explores the relationships between autobiographical and vernacular photography, using objects of photography from England’s personal life as the subject matter, manipulated to reveal what the act of photography itself has made.

The works in The Outskirts/Exposed represent two distinct bodies of work. Those representing The Outskirts are composed of vintage photographs from England’s own family albums, layered with pages from those same albums that have been muted and yellowed with the passage of time. England finds mystery in shielding viewers from the very thing they are accustomed to focusing on – the center of an image.

“With The Outskirts, I’m specifically thinking about the periphery of photographs,” said England. “It’s that little edge that we ignore. It’s that exotic ‘other’ region of things that’s outside of the center.”

Exposed is series of archival pigment prints that, from a distance, are primarily dark, but upon closer inspection, expose a hidden history. England, who collects photographic memorabilia, made the abstract prints in Exposed from the inside of an antique camera’s dry plate holders.

“Every time the camera was used, a small scratch or colorful stain was made on the plate, and that process happened over and over,” said England. “This is the story of the life of a camera and the life of a photographer who has taken countless pictures, who has been through this repetitive process of recording things that we don’t know anything about. All we see in the plates is the residue, and that’s the part I’m interested in, the ‘mucky’ residue that’s left behind.”

Another interesting aspect of the exhibition is the fact that the works are not titled on the wall next to each piece, nor are they arranged in a linear order – on purpose.

“Generally, when we walk into a gallery or museum, we instinctively go towards the language because we want to contextualize it, understand it, and have a resolution,” said England. “But, I like the idea of the text being non-existent because then it’s quiet – so quiet that it’s invisible, and it forces the viewer to work harder for the resolution.”

England says she finds inspiration for creating her work somewhat serendipitously, and very intentionally from working hands-on with her materials. England, an Australian/British artist, has shown artwork across the US and internationally and has won countless awards and accolades. As a photography professor at the Rhode Island School of Design, England encourages her students to question everything.

“Question other people and question yourself,” she said. “Through questions, you will eventually find a way to articulate all the things you love and hate, what mess you up and keep you up late at night, and what drive you crazy. Using all of that energy, you will find your passion.”

During England’s visit to the Island University in early September, she hosted a lecture for students where she shared some insights about her journey, creative process, and why the past has value and currency in today’s modern world.

“The past has an interesting color,” said England. “It has it has a texture and feel of its own. The past is a foreign country.”

The Weil Gallery is located in the Center for the Arts at the Island University. Gallery hours are Monday through Friday, 10 a.m. to 5 p.m. and entry is free and open to the public.