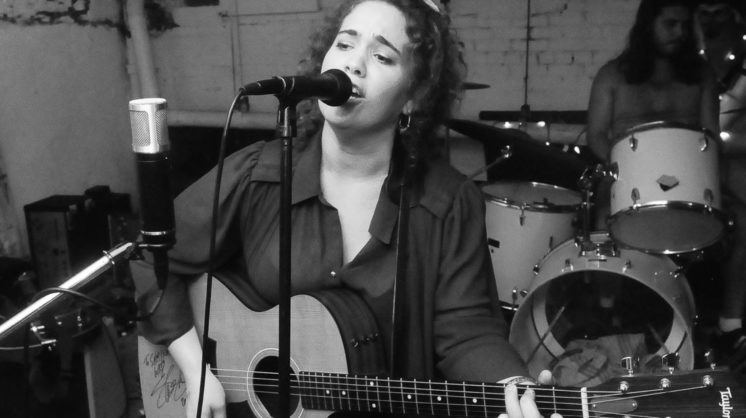 Abrrising name in the Americana scene, Shayna is making the Coastal Bend proud.brHaving opened for prominent names such as Jeff Plankenhorn, Scrappy Judd, andbrTerri Hendrix, Shayna is making strides as a young artist. Now living inbrAustin, Texas, she has been progressing as an artist and professional. With herbrupcoming EP releasing this week on June 26th, 2020, Shayna is getting ready forbrher next big move.

Shayna’sbrhumble beginnings began in Corpus Christi. Forming a rock n’ roll band in herbrteens, this hobby seems to be a phase most teenagers would like to dip theirbrtoes in. For Shayna, this curiosity grew into the making of a young artist onbrher rise to prominence. Enjoying a stint in San Marcos, Shayna then made herbrmove to New York City to continue her studies and hone her craft. Now, back inbrTexas, Shayna’s EP Motions of the Day will be a formal re-introductionbrof herself to the world since her self-titled EP from 2015.

Shaynabrproves herself to be a well of talent as a gifted singer-songwriter andbrguitarist. Her EP evokes swings of First Aid Kit like folk music tobrAmericana filled with soulful passion and lyrics. Quentin Tarantino would bebrremiss not to include her in the score of his next film.

Afterbra listen to Motions of the Day, Shayna shows range and depth. The EP hasbra nice collection of songs exemplifying her potential. Melancholic yetbrcomforting, her music has a nice relationship within itself. Speaking on lifebrand the pitfalls or moments that remind us that we are alive paired with strongbrarrangements of melody and vocals.

Motionsbrof the Day is a treatbrto those who enjoy music that can tell a story while sitting outside in thebrshade reaching for the lifeline that is sweet tea on a hot Texas summer day.brCorpus Christi is a tight community. We always love to see those from our nestbrgo out into the world and represent our wonderful city. Shayna Sands is also anbrhonoree of the Corpus Christi Songwriters’ Hall of Fame for the third year in abrrow. Go ahead and support our local musician by checking out her work orbrcatching a show if you can. Feel free to visit Shayna’s website to see more ofbrher work and any upcoming news.