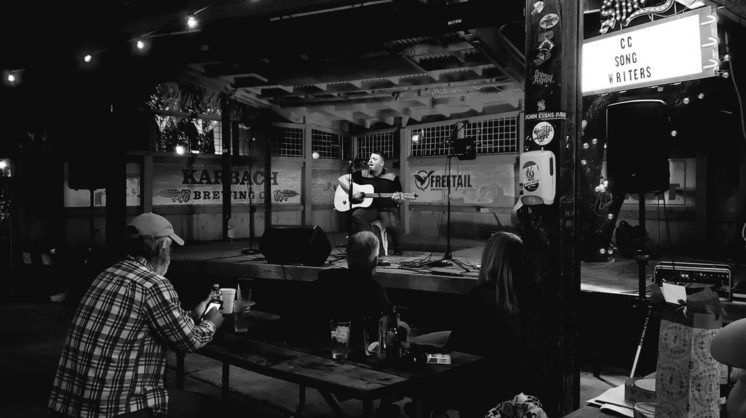 Thebrmusical highlight of the year, Corpus Christi Songwriters Festival (CCSF) isbrjust around the corner. The third annual event will be held February 14-16, featuringbrnearly fifty nationally, regionally, and locally acclaimed songwriters are performingbrtheir original music and the stories behind them. Throughout the three days,brseven different venues in downtown Corpus Christi will give traveling festiva-lgoers,brand visiting songwriters alike, the unique opportunity to see all that ourbrsparkling city by the bay has to offer.

br“The main focus of CCSF is to offer a unique opportunity for audience membersbrto engage with the writers of their favorite songs, in a listening-room,brintimate environment, unlike any other local festival,” says Jimmy Willden,brCCSF Director. “Here, the music comes first.”

Corpus Christi Songwriters’ mission is tobrspread the interest in original music around Corpus Christi and its surroundingbrareas. Founded in 2014, the non-profitbrorganization hosts several events throughout the year. In The Rounds is anbropen stage for original music only held on the second Sunday of every month atbrExecutive Surf Club. CCSW Presents dedicates the spotlight to some ofbrthe best and unique original music in the region. CC Songwriters also hosts workshopsbrand retreats throughout the year, and the Corpus Christi Music Awards &brConference held in February.