HER: Leslie Adami - The Bend Magazine 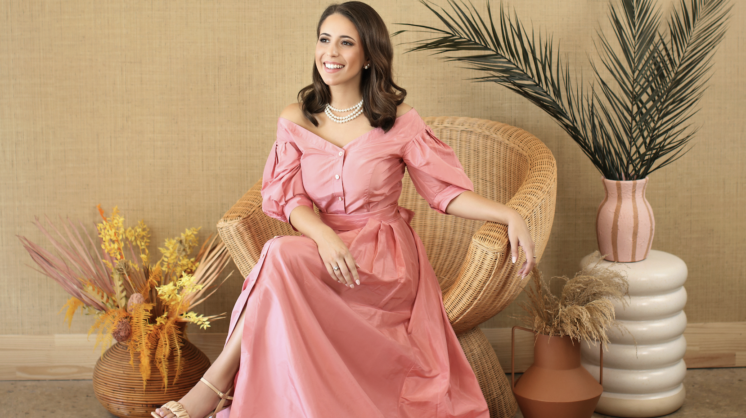 Leslie Adami is lightning in a bottle. Camera-ready, she is a vision in a hot pink summer dress, coming to a happy hour with me and the other honorees straight from the station after anchoring the 6 PM news. Adami is KIII-TV’s evening news anchor, who took over the desk during a crucial time in the station’s forward momentum. Adami was the first native Corpus Christian to be back at the desk in some time. The community was, and is, exceptionally pleased with how gracefully Adami has stepped into the role and made it her own. “I’m blessed to say I’ve found [happiness, appreciation, and fulfillment] in coming back home and working at my dream station,” she said.

She attempts to slink in at the end of the picnic table where the other honorees are perched at The Goldfish, but just like a shooting star, her light both precedes her and leaves a lasting imprint. Adami couldn’t “slink” into any situation, even if she wanted to. Her positive aura alone is far too powerful for her to enter a room without being noticed.

Adami has a fierce devotion to her hometown. Her love of community is so prevalent and purposeful in the personal and professional decisions that she’s made, and it’s not only due to the fact that Corpus Christi is familiar to her. “While there’s a comfort in the familiarity of my family being here and driving by living snapshots of my childhood, there’s also the excitement of getting to see how this place continues to grow and flourish,” said Adami. And while she will always support friends, colleagues, and other ambitious young professionals in pursuing their dreams, even if that takes them out of the Coastal Bend, she will always be “over the moon” anytime she hears of another CC native “returning home to share their talent with the community and ultimately, continuing to help make this a better place to live and work.”

In Her Own Words

What motivates you to get out of bed in the morning?

Knowing through my job I could possibly help someone in any way is enough to get out of bed. You never know what story could help someone or make a lightbulb turn on in their head that tells them to reach out for help, or points them in the direction of where to find a COVID-19 vaccine, or even simply reminding them they’re not alone.

I’ll often wake up to messages on social media asking follow-up questions to a story we ran the night before. I’ll be honest, sometimes it’s scary to even open these messages. I’ve been called “fake news.” I have received incredibly disrespectful and sexist messages about the way I look, talk, or sound. I’m often told, “it comes with the territory,” when in reality, it shouldn’t happen at all, regardless of the profession. However, mostly, [the messages are] folks who actually restore my faith in humanity. It means more than people realize. As a local news journalist, I/we are here because we’re invested in the community we call home. I’ve wanted this exact job at this exact station since I was a child. Each day I get to do this, even on tough days, is a blessing.

How has being a woman in the media, and being a public figure in general, shaped who you are today?

As a child, whether you want to grow up to be an astronaut, doctor, or in my case, a journalist, you never truly think about the impact your “dream job” could have on others. From local TV news to network, I felt like I had inspiring and powerful women role models to look up to [while] growing up. I’ve also had the opportunity to learn first-hand from amazing women anchors, producers, and managers who’ve inspired me in so many ways. Fast forward to now, I realize a young girl may see me delivering the evening news and think, “I want to do what she’s doing.” That’s something truly special to me, but also something I consider to be a tremendous responsibility that I don’t take lightly. I hope beyond being a news anchor, young people watching also see a daughter, a sister, a friend, and someone who loves her community.

Which woman in your life has influenced you the most and why?

From my childhood to now as a working adult, I consider myself very fortunate to have had several positive role models in my life. However, the woman who has influenced me the most is the one who’s been with me literally since day one: my mother. She is a Spanish teacher at Sinton High School, which is just across the street from her childhood home, and where my grandparents still live. Her drive and passion to give directly back to the community where she grew up through teaching is what has influenced me to do the same, but through journalism. I believe I get a lot of my work ethic, passion, and quirkiness from her; but also from my two grandmothers, who all in their own unique ways have shown me incredible examples of warmth, strength, sacrifice, and love. 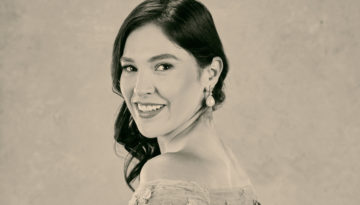