Find a New Side of Florida in Pensacola - The Bend Magazine 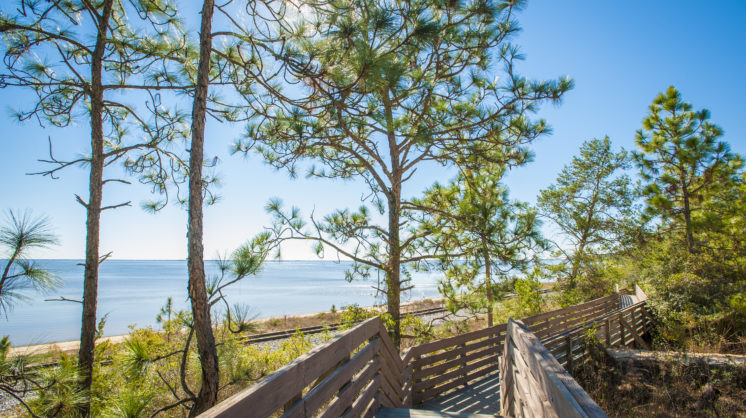 Florida in the summer might typically conjure visions of South Beach or family vacations to Disney World, but nestled on the western edge of the state’s panhandle, a seashell’s toss from the Alabama state line, Pensacola is a smaller, underrated city with a flavor, vibe and lore all its own. It ticks all the requisite summer road trip boxes — patio bars aplenty, adrenaline-pumping water sports, miles of sugar-white sandy beachfront — but beyond the sunbathing and dolphin-spotting, it still feels like the most un-Floridian of all of Florida’s beach towns.

That’s largely due to its history as America’s first settlement, ahead of even St. Augustine — though later abandoned, it was founded in 1559 by Don Tristan de Luna. It’s such an old city that its nickname, “The City of Five Flags,” is indicative of the fact that Pensacola has been under five flags in its history: Spanish, French, British, Confederate and American. That lore is on full display in Historic Pensacola Village downtown, an 8.5-acre collection of colonial cottages, houses and churches where old-timey homesteaders and historians offer museum tours, cooking demonstrations and a glimpse into another epoch. Today, though, Pensacola is the kind of singular place where one can step back in time in a historic village or a military fort, then drink a Bushwacker on the beach.

How to do Pensacola

Pensacola is a tale of two cities, with Pensacola Beach — on the western end of Santa Rosa Island — offering more of that iconic Florida summertime vibe, while inland downtown feels more New Orleans, with its wrought-iron balconies and French Creole architecture. If it’s the former you’re after, the Hilton Pensacola Beach towers like a beachy beacon, rising 17 stories on the Gulf shoreline, with balconies and views from every vantage point — the ocean to the south, and Santa Rosa Sound to the north, with both indoor and outdoor pools in between.

For something a bit more quaint, New World Inn is a boutique charmer on downtown’s historic Palafox Street, with 16 cozy rooms across two floors, in a building that once served as a box factory. After being repurposed and restored in 1983, the hotel now includes a French Quarter-like courtyard, a martini bar and an ornate wooden grand staircase lined with vintage Pensacola photography.

Where to Eat & Drink

With its abundant seafood and affinity for Creole-style cookery, the dining scene in Pensacola is filled with fresh surprises. Chief among them is Seville Quarter, a sprawling dining, drinking and dancing complex downtown that’s been open since 1967. Today, the multi-tiered haunt contains several rooms and courtyards, each with its own style and character, but wherever you hole up, don’t sleep on the po’ boys and beignets.

A bit newer, The Garden at Palafox + Main is an outdoor food hall anchored by several food trailers, like Calavera Tacos and MELT Gourmet Sandwiches, plus a rum-centric bar and a fast-casual seafood restaurant, Pearl & Horn, where buttery broiled oysters and BBQ shrimp are served in a turquoise-tinted space.

The same folks who run the bar at The Garden also operate The Well, a Miami-chic cocktail bar on the opposite end of downtown, dolled up in tropical plants, neon lights and hot pink decor, with Instagram-ready drinks and snacks like raw oysters and spicy tuna tostones.

For that quintessential Gulf Coast experience, drive 22 miles west along the shore to Flora-Bama, a rollicking relic of a restaurant that straddles the Florida-Alabama line. Nowadays, the company spans multiple buildings, but the original complex, The Flora-Bama Lounge right on the beach, is an old-timey institution home to live country music, bingo tables, multiple bars and nautical comfort food — the shrimp nachos are enough to feed a shark. Be sure to try its signature drink, the Bushwacker: a milkshake-like medley of rum, Kahlua and creme de cacao (plus a few secret ingredients) that goes down way too smooth.

With 18 miles of shimmering shoreline, there’s no shortage of oceanic recreation to be found in Pensacola. The main part of the beach, most used for swimming, surfing and frisbee-flinging, is the area surrounding Pensacola Beach Pier, itself a destination for anglers. Lined with casual beach bars, like the nearby Bamboo Willie’s Beachside Bar, you’re also never too far from a mai tai. Farther west on the beach, where commercial development wanes to make way for nature, Gulf Islands National Seashore is a 25,000-acre national park site filled with naval history — especially at Fort Pickens, a brick garrison that remained under Union control throughout the Civil War — and undeveloped beachfront prime for picnicking, swimming and dolphin-sighting. 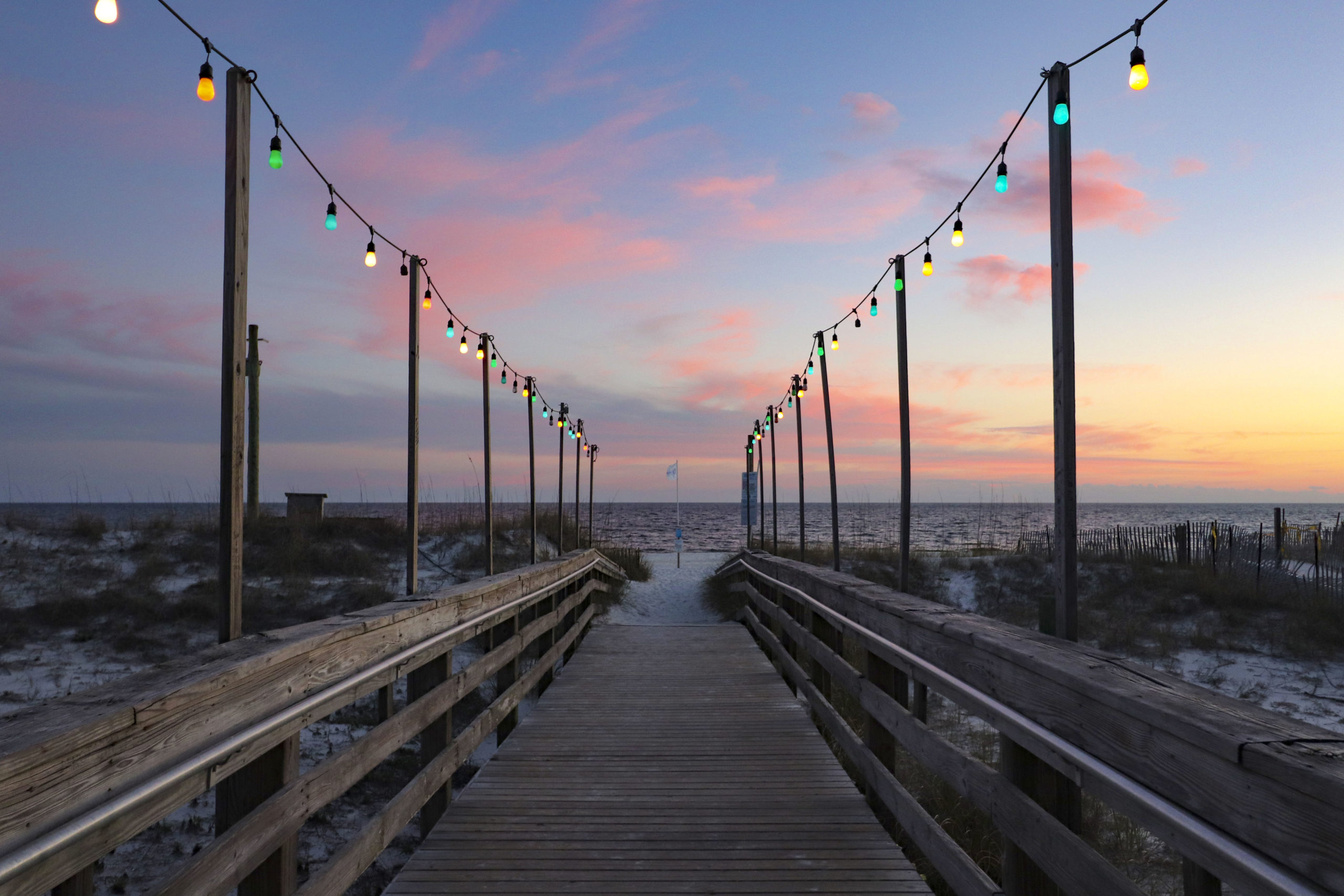 If you’re adamant about dolphins, your best bet is to hop on a jet ski (beachside rentals abound, at companies like Radical Rides and Key Sailing), or embark on a guided dolphin tour with Jolly Sailing and Dolphin Cruise or Frisky Mermaid Dolphin Tours.

Beyond the beach, immerse yourself in Pensacola’s past with a guided tour of the Roaring Twenties-era Lear/Rocheblave House in Historic Pensacola Village, and a stroll through the Pensacola Museum of History, home to the anchor Don Tristan de Luna dropped way back in 1559.