A sea change in the sport of fishing has happened in the last decade, with the female angler community leading the way. Following female pioneers who blazed a trail for women in fishing, these three local female anglers are not just reeling in their own catch, they’re inspiring other women to do the same.

Jen Merchant grew up running and fishing the creeks and lakes in East Texas with her dad and brother, and has spent more than a decade as the first female surf fishing guide on Padre Island National Seashore. The thrill of not knowing what’s going to be on the line, what’s going to bite next, is one element that fuels Merchant’s love for saltwater fishing. Always an outdoorsy type, Merchant shares how she had to learn for herself the differences between fresh- and saltwater fishing.

“I would look up a different species, let’s say redfish. I know how to target redfish. So, I would read up on them, watch YouTube videos about when they’re biting, what they’re biting on and the best time of the year to catch them. Then I would target that species until I caught it. I did that with every single species until I got what I was going for,” she says of her early angler days. 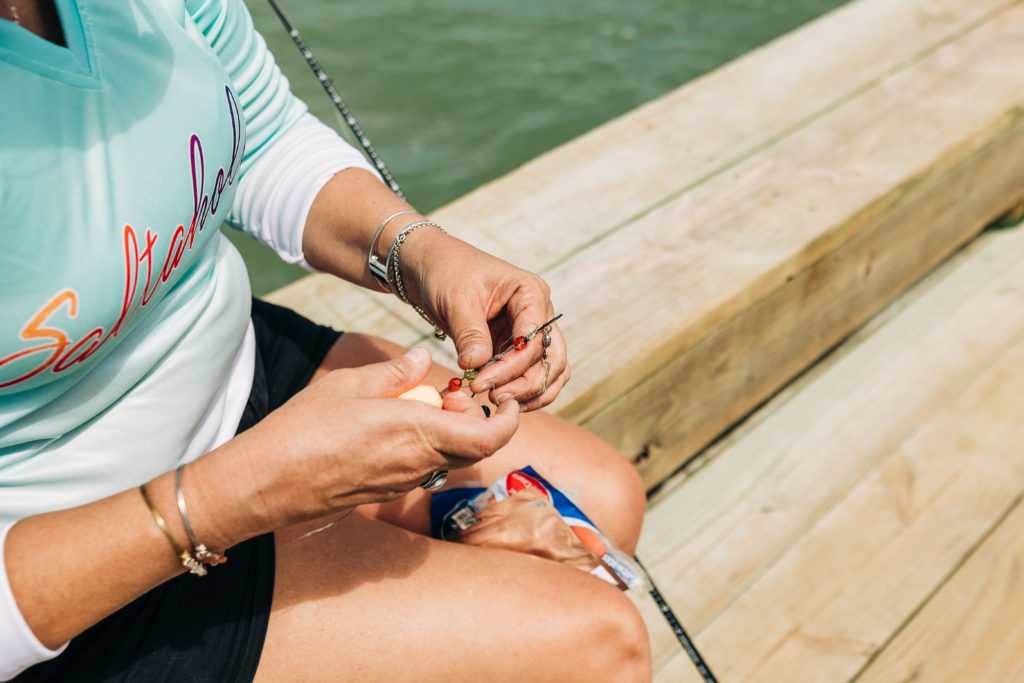 Upon moving to the Coastal Bend, she didn’t see many women fishing — so she decided to change that. What started as basic lessons for women and children evolved into a full fishing guide service, Fishing with Jen. Now, Merchant is sharing her knowledge to help others learn and experience the joy of fishing.

“There were some women who wanted to learn to fish, but didn’t know [where to start]. They felt intimidated, which got me thinking about teaching them how and doing lessons for women and children — that’s what got me started with guiding,” said Merchant. “I get joy from fishing when I put somebody else on a fish they’ve never caught, especially women and children. I love seeing the white in their eyes open. It’s so much fun to put that drive and love for fishing into somebody else.”

Another female angler who carries a hands-on approach to empowering women to fish is Kelli Green, who owns and operates Blonde Bomber Guide Service. Specializing in bay fishing trips, Green guides in the shallow waters where redfish, black drum and spotted sea trout can be found. She believes consistency is key for a woman in a male-dominated field.

“I was super lucky getting into this field. I credit so much of what I’ve learned and done to Jennifer DeLeon, who’s been a guide for about seven or eight years now. She taught me a lot about what to expect being a woman in this field: Just don’t stop. There are bullies everywhere. Just keep doing your thing and let them deal with it,” Green said confidently.

Her motivation to keep going stems from the sheer happiness and excitement she sees on customers when they nab their first catch.

“Whenever you have a little kid on the boat and it’s their first-ever fish, you see their face light up. Or when you [hook] into the fish and the customers are so excited. Seeing them light up is the best,” Green said. 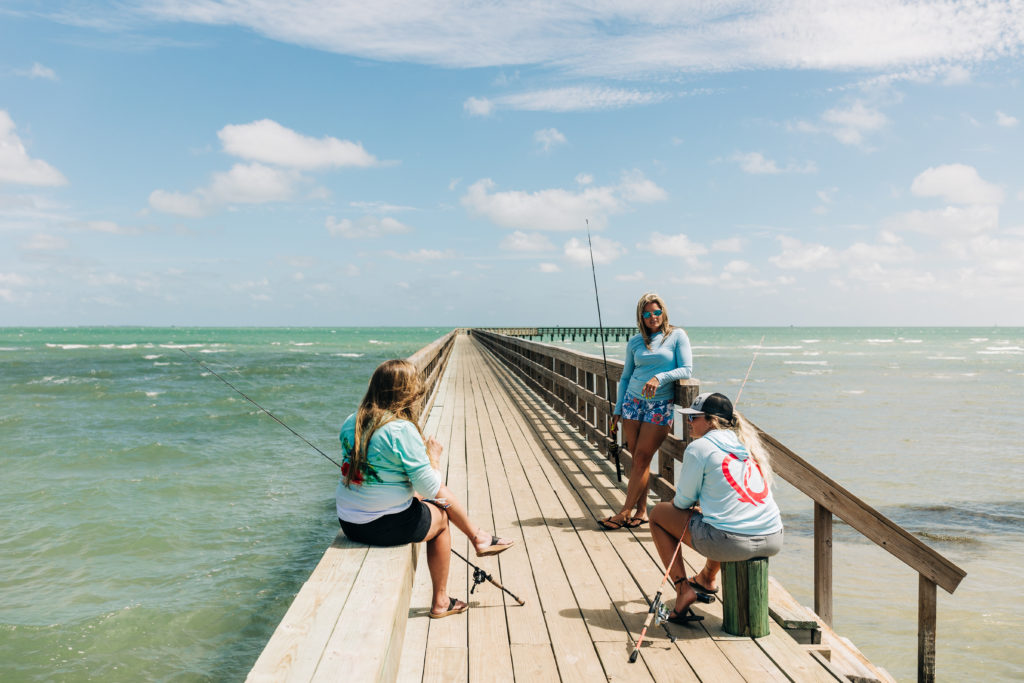 For local angler Nina Stenholm Garrett, the love of fishing goes beyond catching the biggest fish. Garrett and her husband volunteer their time on the water with different organizations to help disabled veterans rediscover their purpose and improve their life. Garrett’s husband works in public safety, bringing him face-to-face with veterans who have built a career as first responders. Initially, Garrett says her husband’s focus on shark fishing with veterans was intimidating for her, but she continued to join him and eventually became more proficient.

“The first few trips, I just observed and cooked catches,” Garret said. “I wasn’t really all that hands-on, but once we started going year after year, I got more active to the point where I was like, ‘Okay, now we got to get lines in the water, let’s do this and that.’  I saw the satisfaction after that because we would stay there all weekend, shark fishing day and night, camping on the beach and cooking all their meals, sitting around talking. It became valuable to me because I saw how much they enjoyed it.”

Having experienced that fulfillment time and time again, Garrett found a way to become a more active angler with kayak fishing. Her volunteering journey brought her to take veterans out on kayaks with Heroes on the Water, where she became the organization’s first female fishing team leader.

The beauty of fishing is that there is something there for everyone, whether you aspire to become a guide, volunteer your time or simply get out there and try on your own. These women are rewriting tradition and inspiring observers of all ages by using their love of fishing, and determination to learn new fishing skills, to set an example of how female anglers can make waves of their own.