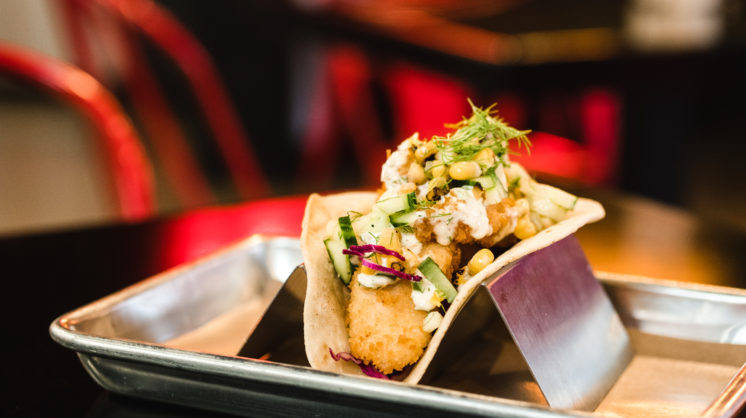 Life without tacos would be no life to live. In the Coastal Bend, tacos reign supreme over all other food groups. It is a simple fact known to all. From breakfast tacos at a taqueria to innovative takes on the delicious food item at various local spots, there’s nothing quite like a South Texas taco. In an effort to inspire your next meal, we’re breaking down five local taco joints around town.

A re-imagining of tacos and beer, a beloved pastime, is taking place at the hands of multifaceted chef Javi Chapa and the family-owned and -operated Cruzy’s. With a clear love for tacos and the perfect environment to enjoy them in, the restaurant offers a new take on the classic taco for Coastal Bend foodies. Here, you’ll find that a common mantra is Hecho Con Amor, and if you haven’t had a taco made with love yet, it’s time to take a bite. You really can’t go wrong when ordering off the menu, but the “Catch Me Outside” taco tops our personal list.

As one of the most cherished and oldest taquerias in town, Hi-Ho Restaurant, which opened over 40 years ago, is undoubtedly the go-to place for breakfast tacos. The Suicide Taco – which is essentially three tacos in one, consisting of chorizo and egg, potato and egg, bacon, beans, and cheese – is one of their best sellers. If you aren’t in the daring mood, try the carne guisada, sausage, and egg, or the chorizo and egg, all of which are among their most popular orders.

A local list of taco spots wouldn’t be complete without TacoBar Street. This food truck has won the Street Tacos category in our annual reader’s choice poll Local’s List for 5 consecutive years and there’s a good reason as to why! TacoBar Street is an infusion of the traditional taco with a splash of Asian influence. Their wheels began turning in 2014 and the crew behind the truck hasn’t stoped producing delicious food ever since. Their Street Taco Meal comes complete with rice, beans, and tacos filled to the brim with top-notch flavor.

Southside Barbacoa has many great items on their menu. However, their homemade flour tortillas are hard to beat. While the ingredients seem simple, creating the perfect tortilla is no easy task and quite frankly comes down to a science. Flour, salt, and baking powder are the three mainstays in any tortilla recipe. But how good the tortillas turn out is dependent on the quantity of the ingredients and how they are mixed, kneaded, and rolled out, and the team over at Southside Barbacoa does it pretty much perfectly. With tortillas as good as these, essentially any taco on the menu is a good choice.

The idea for Taquitos Mi Tierra came into existence years ago when Ino Lugo’s mother decided to quit her job and buy a food truck. After many trials and tribulations, Ino and his sister decided to join in and help create what would soon become Taquitos Mi Tierra. They knew the success of the business would come from their mother’s authentic Mexican cooking, so she became the head chef behind the food truck. When ordering, you can expect the bold flavors of authentic Mexican food, a variety of award-winning salsas, flavorful charro beans, and of course, mouthwatering street tacos. An order of five street tacos comes topped with grilled onions and cilantro on mini corn tortillas.