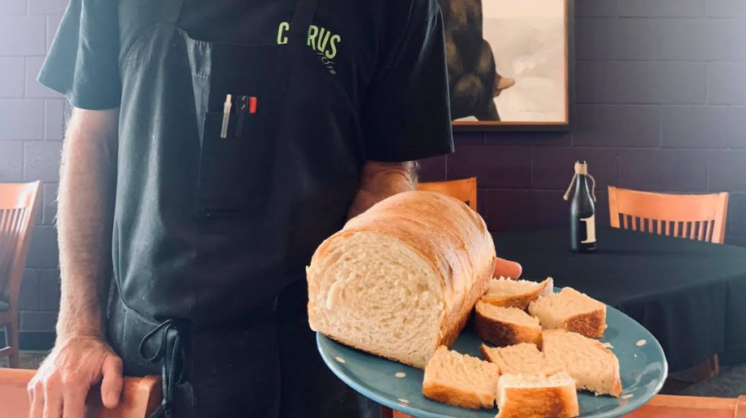 After many years at the Corpus Christi Arts Center, Cristina Ortega, the owner of Citrus Bistro, is excited about the new Citrus Bistro location at the PlainsCapital Bank building in downtown Corpus.

Ortega moved to Corpus Christi about 10 years ago after growing up and living in Monterrey, Mexico. Ortega opened Citrus Bistro with her mother shortly after moving to Corpus, and has owned and operated Citrus Bistro for 9 years. “My mother’s a chef, and she has previous restaurant experience,” Ortega says. While Ortega’s mother is not as present as she used to be, Ortega says “she still helps out whenever.”

Although she has a Bachelor’s in business, Ortega’s passion has always been cooking. Ortega took different cooking classes, and even attended Del Mar College for culinary arts.

With the new location, Ortega says she’s very excited about the move. The former management and owners renovated and expanded, which Ortega says gave her more kitchen space as well as experience to design the new space. Ortega is also excited that the employees are coming back to work at the new restaurant.

As for the change in scenery, Ortega says Citrus Bistro will be more modern and casual. With the new renovations, Ortega mentions the restaurant feels fresh, clean, and new. Citrus Bistro also features new coffee machines in order to make lattés. Ortega completely rebuilt the previous restaurant. While the outside will remain the same, the new restaurant so far has four tables for the atrium part of the restaurant, with more on the way.

The new Citrus Bistro location’s menu will both remain the same and will have some new features in the future. While for now, the restaurant will stick to the old menu, Ortega says the restaurant will feature different salads. Also in the future, the Citrus Bistro will feature tacos, sandwiches, and even more menu items for Sunday breakfast. The bakery which features cakes and kolaches will also be making the move to PlainsCapital.