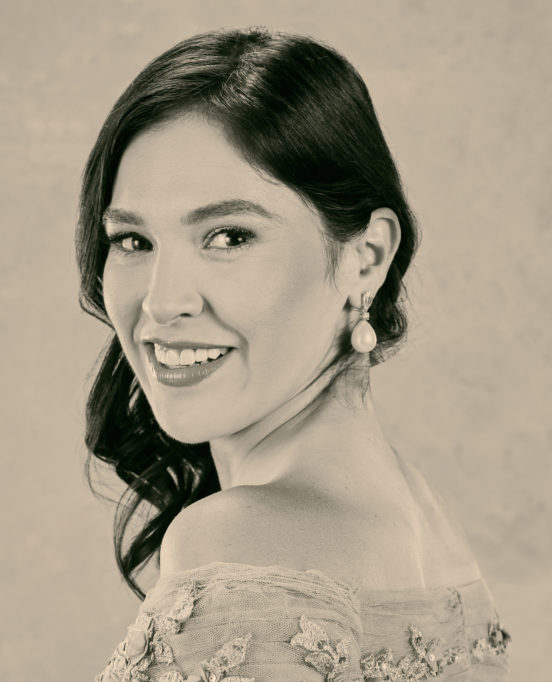 The last name Bonilla holds a certain prestige in this town — it’s shared by some of the most influential business owners and changemakers in South Texas. So it’s fitting that Cassie Bonilla was nominated for this honor for her extraordinary accomplishments as an attorney…and for being an all-around phenomenal woman.

Born and raised in the Rio Grande Valley, education was a cornerstone of her upbringing. “I graduated high school at 16 and became a licensed attorney by 23,” she said. Something about working rather than having to be in school all day was a huge motivator for Bonilla to get through her education as quickly as possible. She comes from a family full of attorneys and worked in one of their law offices as soon as she graduated high school. “I always knew I wanted to be an attorney.”

She started out in private practice as a criminal defense attorney and learned quickly that her purpose in life was in public service. “Being a mom highlighted my passion for helping kids,” Bonilla explained.

As an Assistant District Attorney for the Nueces County District Attorney’s office, Bonilla eventually became the Chief Juvenile Prosecutor, working to rehabilitate youth who were facing Class C misdemeanors all the way up to capital felonies. After several years with the DA’s office, Bonilla moved on to working with the State of Texas, where she is the Guardianship Attorney looking after the rights of the elderly population in 23 counties across South Texas.

“Cassie overcomes challenges daily, and as any parent knows, raising kids is hard; but Cassie makes it look easy. Looking after our three kids, working for the State of Texas to her maximum ability, serving on multiple boards and volunteering for community causes that are dear to her all stem from her passion to make an impact in our community.”

What stands out immediately about Bonilla’s career journey is her advocacy for those who often cannot advocate for themselves. While she carries herself as the professional, sophisticated and accomplished attorney that she is, it is the caretaker in her that lights up the room (not to mention her incredibly warm and friendly smile).

Bonilla’s drive to help others comes from growing up in a single-parent household. “I saw how hard my mom worked and she went to school at night,” she said. “My sisters and I relied on family and friends and neighbors sometimes while my mom was striving to give me and my sisters everything we needed.” This is why she fully understands the saying “it takes a village.” Both the youth and the elderly communities are considered vulnerable — and it’s Bonilla’s mission to make sure those individuals have people they can count on.

In her downtime, Bonilla is a mom to three children and wife to her life partner, Bill. She also serves on several boards, including the Corpus Christi Young Lawyers Association, CASA of the Coastal Bend and the Corpus Christi Education Foundation. She even makes time to volunteer as a guest judge for spelling bees at elementary and middle schools from time to time, which speaks to Bonilla’s love for this community and its next generation. And while she makes it all look easy, those close to Bonilla know firsthand how much effort and dedication she gives to each commitment.

So, one can only wonder how she found the time to make a run for Nueces County Court at Law #1 Judge. Though she lost the primary race, her career has included so many achievements that her pursuit of a position as an elected official only cements the fact that Bonilla is going to do the professional and personal work to see that the community she loves soars to new heights.