Where to Eat, Stay and Play For A Kansas City Getaway - The Bend Magazine

Tell someone you’re headed for Kansas City, and the first question is likely to be some variation of “Which is your favorite barbecue place?” This probably isn’t the answer your questioner wants to hear, but the truth is there are dozens of better reasons to go to KC than any one meat emporium.

Kansas City is decidedly blue-collar, and it’s a description they embrace with pride; the city was built on railroads and manufacturing. The influx of Italian immigrants—mostly Sicilian—in the late 19th century has added an Old World ethnic vibe that’s easy to love, especially in joints like Garozzo’s Ristorante and Lidia’s, and in Lazia’s modern evolution.

Much of the city’s reputation as a destination was formed in the Pendergast years, when political boss Tom Pendergast resisted Prohibition and made the city famous for booze, jazz and debauchery, earning the (likely self-chosen) nickname “Paris of the Plains”—ironic given that Kansas City is not in the Great Plains, nor does it feel like it. The city is lush, in fact, and the autumn season features a beautiful wash of crimson and gold.

The jazz lives on from the Prohibition years, especially at Green Lady Lounge and the Black Dolphin. A who’s who of jazz musicians and vocalists make their way to and through Kansas City every year, and the clubs offer live music every night. And Kansas City is still a haven for distillers: J. Rieger & Co., Union Horse, Tom’s Town and others keep the tradition alive.

And, yes, it has delicious barbecue, but a spate of James Beard nominations and awards over the past 25 years have established Kansas City as a multidimensional food city, too. Locals will tell you it always has been, and evidence is in their favor. The diversity ranges from barbecue to Italian, Vietnamese to soul food and modern American to North African. A handful of those Beard nominations have been for bar programs, including Antler Room, so excellence abounds at every level in KC.

The Crossroads Hotel, located in the district of the same name, is the repurposed Pabst Brewing Depot, built in 1911. Much of the original building has been left intact, and wood from the original facility floor has been used for walls throughout the hotel. Its location is far enough from the noise of downtown, but still close enough to make West Bottoms an 11-minute drive, and Green Lady Lounge an 11-minute walk. Lobby bar XR is stunning, with excellent service, solid cocktails and a nice whiskey selection. Modern Italian concept Lazia is on site, and its menu is one of the best in Kansas City.

Antler Room alone is worth the trip. The husband-and-wife team of Chef Nick Goellner and Leslie Newsam Goellner (her bar program is a Beard nominee) have created a pocket of awesomeness on a sleepy street away from the ruckus of downtown. The menu is focused on small plates, creative cuisine—the best dish I had in KC was the carrot fritters with house-made hot sauce—and brilliant wine pairings. The soup dumplings are a local favorite, but Goellner prepares duck like no one else in the city. Antler Room manages to be very local, with neighborhood regulars just popping in, while also welcoming to visitors, and accessible to many diners: I had four courses and two glasses of wine for $100, and could have been content with half that.

If you have time, Corvino and Rye are absolutely worth your time, and you should absolutely experience the lobster pasta and agnolotti at Lazia. For a quick peek at another Kansas City, the Crossroads Hotel is a five-minute walk from Town Topic, a walk-up burger joint that is comfort food perfection.

Vacation with the kids? Kansas City has that covered too. You can catch a Royals game if you’re in town at the right time, and if not, Kaleidoscope is a free, hands-on art center for kids, and one of the most popular destinations in the city. It is undergoing updates currently, and should reopen this spring. For the budding athlete, there is the Negro Leagues Baseball Museum, an interactive record of the contributions of Black athletes to the culture of American baseball. Two world-class art museums provide additional education and entertainment: The Kemper Museum of Contemporary Art features modern and contemporary art, and the Nelson-Atkins Museum of Art has an extensive collection dating to ancient times.

The aforementioned Green Lady has excellent cocktails, and Swordfish Tom’s is a must (it’s a few minutes from the Crossroads Hotel, too). You’ll definitely want to check out the Rieger distillery, where J. Rieger & Co., have resurrected Kansas City-style whiskey and produced some of the best gin in America. Its blend of 9-year bourbon, 12-year American whiskey and two-percent Oloroso sherry is a return to an historic use of sherry in American whiskey. It also has a beautiful bar upstairs where you can test its line of whiskeys in Old Fashioneds or other favorite cocktails. 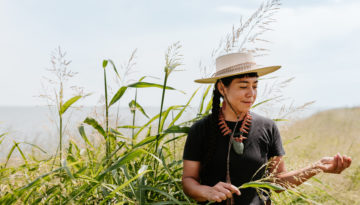 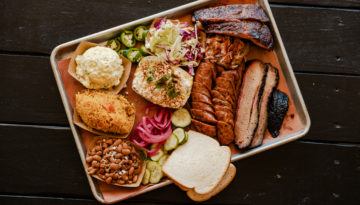 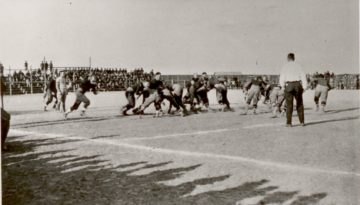 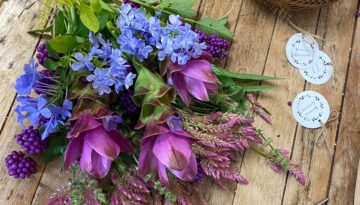