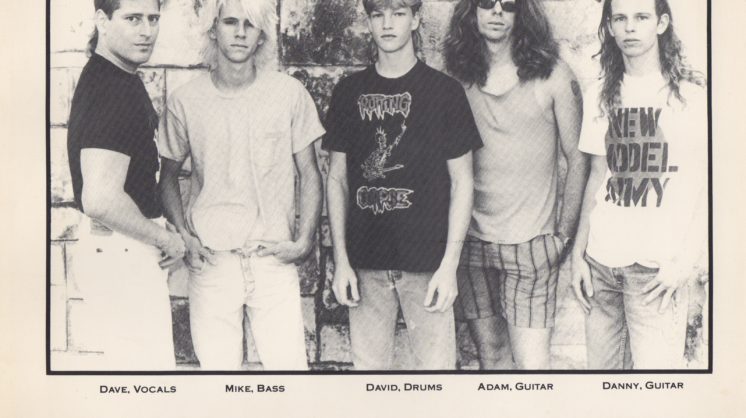 From the mid-eighties through the mid-nineties, Corpus Christi was the unlikely hot spot for one of the most active and dedicated DIY underground music scenes in the country. From the Stardust to Galvan Ballrooms, local punks and metalheads were organizing their own shows and packing these event spaces out with hundreds of kids who were dying for a scene to call their own.

One of the most influential and successful bands to emerge from this underground scene was Angkor Wat. Named after the sprawling Hindu turned Buddhist temple in Cambodia known for its unique and world-famous architecture, the band Angkor Wat would go on to trademark its own unique and arguably experimental sound.

David Nuss, the drummer of the band, also known colloquially as “Bambi,” recounts the unlikely beginnings of the band. “I was 15 and playing drums with my church band at Bayfest when these tattooed and mohawk’ed individuals walked by and conscripted me into their gang called Angkor Wat,” recalls Nuss. “Adam had moved down from Austin with a unique punk rock vision and found some worthy recruits, and as far as I could tell, helped create the first real DIY all-ages scene that Corpus had ever known.” The culture around the band and the scene in Corpus was truly unique, which Nuss attributes to the tape trading and fanzine culture that was popular at the time. The tight knit community that formed around Corpus even made it a go-to tour stop for national acts. “Bands knew 300 people would show up, and their presence would validate our scene,” says Nuss. “We could rent venues for cheap that didn’t serve alcohol, so no matter where the gig was, it was easy to get to, and a deep camaraderie was formed between bands and concertgoers of all ages.”

Richard Guerrero Jr., director and writer of “SubCCultured: The Rise of DIY Rock in Corpus” documentary tells a similar story. “A show was an event. They were so far apart that a show was a huge deal for everyone.” As far as Angkor Wat and their influence goes, Guerrero recalls their specific “crossover” sound of hardcore punk and thrash metal. “The reason the Corpus scene was so successful was that crossover was huge here at the time. It let the hardcore punk kids and the thrash metal kids coexist,” recalls Guerrero. He attributes this universal appeal to Angkor Wat helping shape and promote the scene in Corpus.

Angkor Wat eventually went on to sign to Death Records, a subsidiary of Metal Blade Records, a hugely influential heavy music label through the 80s, 90s and 2000s. They toured nationally and released two albums under the label. This June, Angkor Wat is being honored with a star on the South Texas Music Walk of Fame in the Water Street Market to recognize them for the impact they’ve had on Texas Music. They are also playing a reunion show on June 1 at House of Rock which is guaranteed to be a must attend event for fans of Texas and Underground music. It will be the first time the band has performed live in almost 30 years. 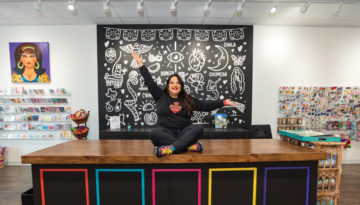