All Stars Can Shine - The Bend Magazine 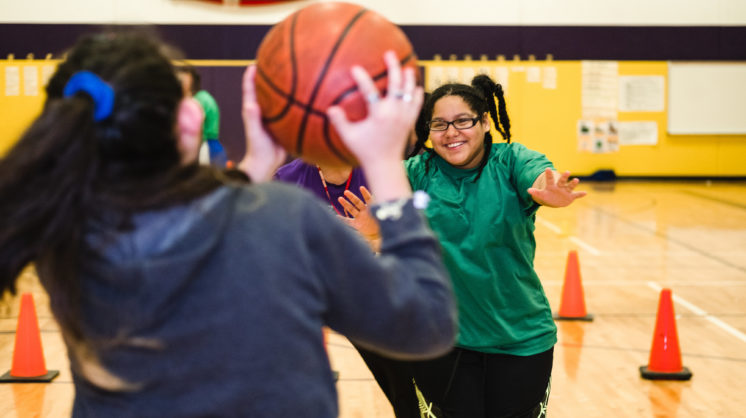 The Special Olympics program runs nationwide to offer the goal, finish line or basket to anyone who wants to score. But there’s uniqueness in all chapters, and the CCISD “All Stars” are no exception – composed of over 200 pitchers, bowlers, runners, catchers, throwers, they are student-athletes with special needs who come together with one mutual goal: to win. Or, to be brave in the attempt. That’s the All Stars motto that motivates them through all seasons.

Led by coaches Melinda Escamilla and Carleigh Mitchell, the program is one that’s innovative, and most fun, for its athletes.

“We’re trying to create an environment that allows our athletes to thrive, and one that really focuses on abilities; and we build on skills,” says coach Carleigh Mitchell. “That’s our focus and what we try to instill in volunteers, and just make sure our athletes know, as well.”

CCISD All Stars Athletes ages 8-22 come together, no matter their skill level, for weekly and biweekly practices where they build training and teamwork skills.

William also stresses the importance of working in a team, together. “Unexpected behavior is not very nice.”

In addition to being a prominent part of the All Stars team, 21-year-old Andrea Whitmore handles both her school work and a part-time job. “I’ve been involved (with the program) since Montclair elementary school, to Mary Grett transition campus.” Some of her favorites are volleyball, tennis, and track and field, but she really does it all.

“It’s been good,” Andrea says about learning how to win with her team. “I like playing along with them, and interacting with them.”

Through the program, Andrea and William have learned how to swim, toss, catch, endure, and sometimes have those moments where hard work has prevailed over everything. But the most important thing for them is being able to play: even with Andrea’s job on the Texas A&M University campus, and William’s hefty school schedule.

With the expertise of coaches Escamilla and Mitchell and adaptation to all the sports offered, the two swiftly run the program’s year-long sports schedule. But aside from the coaches’ hours of observation and encouragement, their team thrives off parent and community involvement. From the moms and dads who drop off and pick up the children to the cheering supporters in the crowd, and those who take up the opportunity to volunteer as a coach, the athletes are able to continue their programs.

“We should, as a community, not underestimate these kids’ abilities,” says Coach Melinda Escamilla. “Come competition day, they surprise all of us. They can go the distance, they have the endurance that they require from practices, and have actually learned from us … we see it all displayed on the court.”

Mitchell recalls the competitiveness in the air during the volleyball tournament, where Special Olympics teams from other districts came together at Del Mar College to compete on the court.

The Olympics team is watched by everyone in the community. But what spectators may find is that for the team members, working together and trying to achieve a goal isn’t that different a story from more typical athletic teams.

“Everything is similar. The agony of defeat, the victory, you know? It’s what we strive for,” says coach Escamilla.