Aerodrome Distilling’s New Bourbon in the Works - The Bend Magazine 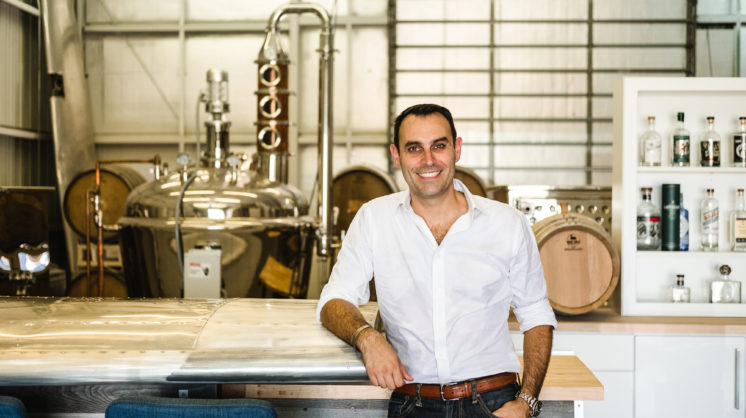 Owner Nathan Bitz’s original goal of the distillery was to make 100% Texas-made bourbon. “We’ve seen other distilleries that are having huge success in that…and so I just thought Texas was a good place for bourbon, especially with the aging conditions here in Corpus Christi,” Bitz said.

“Our [distilling] techniques that we use here are all pre-prohibition, European style techniques. We don’t use a lot of technology, and we don’t use any kind of enzymes or nutrients or additives to our bourbon that helps things out. So we do things very old-school here,” Bitz said.

He added, “My goal here is to eventually be able to make all the classic cocktails with in-house ingredients. So bourbon is just a major step along that path. But we’re doing things like gin, we’ve made our own chartreuse, which is extremely rare in the distilling world.”

Bitz also discussed the plans for the future, “Hopefully soon, we’ll start an amaro, and probably a vermouth, so probably the only Texas-made vermouth will be made right here, hopefully within the next year.”

Originally from California, Bitz spent 26 years in the Navy. “In the Navy, I travelled around the world, usually drinking from port to port. As I got older, my drinking habits changed. I started appreciating fine spirits, and that led to a curiosity,” he said.

Bitz asked himself, “What makes the good stuff different from the normal stuff?” He started visiting distilleries, which led to making friends in the industry, and eventually decided to open Aerodrome Distilling in 2018. The distillery also doubles as an event space.

“I built this place really to support the military side of things, right across the street is the base, our old tasting room and patio is built to accommodate the military with their functions,” Bitz said. He also added that Aerodrome Distilling has hosted a number of private events, such as birthdays, graduation parties, and weddings.

In regards to the bourbon, the only things going in are grain, water, and yeast. Bitz says it takes about a week to make a batch of bourbon, and he gets about 4 gallons out of the 250 pounds of ingredients.

“We’re not focused on volume, we’re focused on doing it really really well. By not using additives and nutrients, we’re not going to completely strip out all the alcohol from the grain as possible. Our whiskey is going to taste very differently from a commercially made whiskey.”

The Texas bourbon will take about a year to age, and in the meantime, you can purchase bottles of Aerodrome Distilling spirits at www.aerodistilling.com.