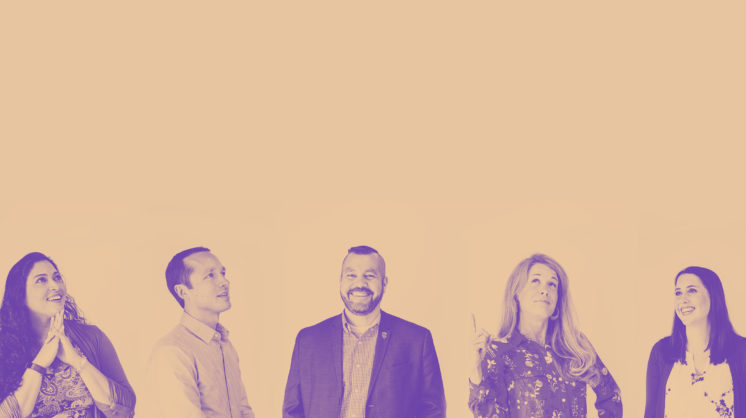 Anyone currently between the ages of 23 and 38 falls into the category of millennials, which means it would be fair to say that the majority of our young business professionals are, indeed, part of the much-discussed millennial generation. So, what happens when a prestigious community award – one that honors those under the age of 40 – reaches the year 2019? Well, you make adjustments; you modernize the process; you reassess.

With the exception of a few honorees, this year’s group is entirely made up of millennials. Those who were selected are in good company: There are business owners, nurses, school principals, community organizers, professors, court bailiffs, engineers, and more. While their day-to-day routines look different from one another, the common thread woven through each is their desire to go above the task of their day jobs and actively usher in change to our area.

Each year, the Young Business Professionals organization recognizes a group of individuals, under the age of 40, for making a contribution to a cause bigger than themselves: our community. The first group of honorees was named in 2007; since then, there have been slightly more than 500 people recognized. These are people who, with rather busy schedules already, have also taken it upon themselves to contribute to the community, each in their own way. All those who have been honored have taken matters into their own hands, and have made an impact on various aspects of the Coastal Bend. This year’s class is no different. They are trendsetters and eager individuals. They are humble and do what they do not for a pat on the back or a prestigious award, but for the sake of the community they live in.

A common misconception of Corpus Christi Under 40 (CCU40) over the years has actually been the name itself. The name “40 Under 40” became common parlance somewhere along the line, as the list in previous years has always hovered over the number 40. However, the name has always been CCU40. And, this year, the number of recipients is almost half. This decision was one of the many made in an effort to modernize the process of CCU40, and alter the perception of the award as a whole.

“We knew we had to approach this year differently,” says Christina Hunter, co-chair of this year’s CCU40 committee. “Because this award now, for the most part, is honoring those who fall into the millennial generation, we knew that in order to achieve our goals, we had to switch some things up.”

And she’s right: With an overall committee goal to not only get the most applicants the organization has ever received, but to get the most diverse pool of people industry-wise, reimagining what the community outreach for the award looked like was a must.

“We wanted to reach out to different groups of people that perhaps didn’t know much about this award.” says Sebastian Garzon, co-chair of this year’s CCU40. “There are a lot of people that don’t even know this is a thing. They’re involved in the community – but in their own ways, in their own circles. So we wanted to make sure we were reaching out to more industries in order to get a more diverse pool of applicants.”

And reach they did. The concept of outreach social mixers, catered to specific industries, was a new way for the organization to reach not only a new generation, but different groups of people who might not otherwise have the chance to be honored by such an award. Three different mixers – Arts & Culture, Energy, and Health – were held at different local establishments, allowing those interested or intrigued by the award to not only come out and learn about it, but to network and meet others in their fields.

Leaning into social media was another must in this year’s process as a whole. “You have to reach the people who now qualify for this award in the way that will be the most effective,” Hunter said in regard to the changing landscape of communication among the millennial generation. “I don’t know about you, but I hardly ever listen to the radio – but I look at Facebook almost daily. And I think it would be safe to say that a lot of the people who now qualify for this award will relate to that. So, how do you reach the millennial generation in the most effective way? You head to social media.”

The committee put a lot of time and thought into how they could use social media to their advantage. They made informational videos with previous year’s honorees and different community leaders and blasted them out to the interwebs. They also used Facebook events as a way to get as many people out to the social mixers as possible.

These efforts put forth by the committee paid off, as the number of applicants more than doubled from last year. The larger collection of applicants and smaller number of honorees (the final number this year is actually 26) means they succeeded in honoring the best of the best.

Another step in the modernization of the process as a whole was how the winners themselves were honored. The committee wanted those selected to truly feel as though they achieved something prestigious. The reduced number of honorees was a start. However, it goes beyond that.

This year’s honorees’ certificates will actually have signatures from the city’s mayor, as well as both State Representatives for the Corpus Christi area. Plus, the honorees’ names will be announced on the House floor for their community efforts. “We want people, when they get this recognition, to really feel like this is an esteemed award,” Hunter said of the new addition. “These people will go down in Texas history – and that is pretty cool!”

A golden ticket to Corpus Christi is another way in which the award is being updated. Numerous local businesses, including House of Rock, Drunken Noodles, and Eleanor’s Coffee Bar + Market, among many others, have partnered with CCU40 to provide the honorees with a thank you. Each recipient will receive a card allowing them several different discounts at various local establishments around town, creating an incentive cycle of sorts. The community to which these people have given so much is now giving back to them by way of this card.

“I think it brings a lot of pride and ownership over the community,” Garzon said when describing the concept of the card as a way to say thank you to the honorees. “You know, these people give themselves to the community, and it kind of is a way for people to feel like the community does appreciate what they are doing for it and, in return, will probably continue to do these things. We want to encourage these people to stay involved and connected and plugged into the Coastal Bend.”

There are other ways in which the committee has modernized CCU40 as a whole – from new aspects of the event to the charity chosen to receive donated proceeds and awareness. This year’s pick is PATCH, whose mission is to help in the revitalization of the Ritz Theatre. However, it was all done with the honorees in mind. With questions like, “How can we make the recipients of this award feel truly honored?” and “How do we reach a whole new generation of individuals?”, this year’s committee was presented with a great task.

With the largest number of applicants to date, the selection committee most certainly had their work cut out for them. However, when all the hard work was said and done, 26 individuals outdid the rest. These 26 individuals are fostering change. These 26 people have taken ownership over their community and are dedicated to leaving it a better place than they found it.

Nevertheless, even with a changing landscape, the importance of the honor remains the same. Though it is slowly changing, a stigma exists among young business professionals that there is nothing here for them. But there are opportunities here – and keeping that young talent here so our city can continue to thrive is crucial. Recognizing and honoring their successes is one of the best ways to do just that.

So, here’s to this year’s honorees of Corpus Christi Under 40. We see you, we appreciate you, and we are so glad you decided to leave your impact on this city.