A Toast to Texas: Savoring The Standout Wines of West Texas and the Hill Country - The Bend Magazine

Johnson City, Texas, is the gateway to Hill Country wines. The 30-mile stretch of U.S. Hwy 290, when coming from the direction of Austin, that leads to Fredericksburg boasts dozens of wineries and tasting rooms, but nothing about Johnson City indicates what lies west. A local campaign has it as “The Crossroads of Texas Hill Country,” but that’s likely because it would be greedy for Fredericksburg to claim the heart and the crossroads labels, even if it’s true.

Lewis Wines pops up almost as soon as you’re out of Johnson City, and from that point on, it’s a matter of deciding which of the more than 30 wineries and tasting rooms you want to visit—and that’s before you even get to Fredericksburg with its bevy of choices. Coupled with the abundance of cabins, hotels, Airbnbs, and other lodging options, the only obvious choice on the “Wine Road” is eating at Otto’s in Fredericksburg proper, where traditional German food meets upscale casual American dining. One of the challenges for Texas wineries is to convince consumers that California wines shouldn’t dictate Texas palates, but as Steve Newsom of English Newsom Cellars points out, “California set the American palate.” That means Cab is king, Chardonnay should be buttery and oaky, Pinot Gris should be melon-y and uninteresting, Sauvignon Blanc should be all lemongrass and melon, Pinot Noir should be fruit forward and borderline bombastic, and Moscato should be sweet. Sugar and alcohol are the markers for much of California’s overhyped wine, and Americans love sugar. More than that, though, is the brand and varietal familiarity.

“There’s nothing wrong with indigenous grapes,” Lubbock winemaker Kim McPherson said. “As long as you don’t call them something stupid like ‘Texas Porch Swing Wine,’ they can be good wines.” McPherson, a graduate of the world-renowned University of California—Davis wine program, is widely believed to be the best winemaker in Texas. (For the record, he calls Andy Timmons of Texas Wine Company the most innovative winemaker in Texas. More on Timmons below.) When Dave Phinney wanted a “T” wine for his Locations series, he chose McPherson, a man whose connections to the origins of Texas grape-growing are so deeply rooted that the story of Texas wine literally begins in his family.

His father was Clinton “Doc” McPherson, a professor of chemistry at Texas Tech who moved Texas away from indigenous varietals and into world-class wines when he tested varietals at Sagmor Vineyard outside Lubbock in the late ’60s and early ’70s.

“My father tested 140 varietals in Sagmor,” McPherson said. “The first plantings were in 1968. He found out what works in Texas. Climate change has affected some of his findings, and he loved carignan. We couldn’t give it away back then, but now it’s on everyone’s lists.” States that haven’t been considered traditional wine regions, including Texas, have always struggled with a choice when getting into the wine business: plant popular varietals like Cabernet, Chardonnay, and Pinot Noir, or go with indigenous varietals. Too many don’t do the hard work that Doc McPherson did. It’s axiomatic for winemakers, if not for consumers, that soil and climate dictate the grapes a region produces, not consumer demand. By testing 140 varietals, McPherson learned that Rhone grapes such as Mourvedre, Viognier, and Carignan, as well as hot weather grapes like Tempranillo, work well in the Texas High Plains.

Critics have taken notice of Texas wines. English Newsom won double gold for its 2018 Viognier at the 2020 San Francisco Wine and Spirits Competition, and the walls at McPherson are covered in awards in addition to its two James Beard nominations. McPherson’s sparkling Chenin Blanc is stunning, even by French standards, but he calls the Tempranillo his flagship. (It’s delicious, but don’t sleep on the Carignan.)

Yes, Lubbock is the pioneer of Texas wine, and more than 80 percent of the grapes used in Hill Country wines still come from the caprock around Lubbock, but Andy Timmons is realistic about the ability of a West Texas town to be the face of Texas wine. “Fredericksburg determines how the wine culture in Texas goes,” Timmons said. His is not the only Lubbock wine business to open a tasting room in Fredericksburg. One of his labels, Lost Draw Cellars, recently joined forces with William Chris Vineyards to form one company. William Chris is on U.S. Hwy 290; Lost Draw is in Fredericksburg, and both produce some of the best wines in the Hill Country.

In other words, to play the larger game of mattering in Texas, Lubbock has to go to Fredericksburg, at least metaphorically. The wines have to be available in the Hill Country because that’s where wine tourism is now. This is a shame at one level, because Lubbock is a much more food- and art-centric city than many Texans realize. The West Table and The Nicolett, both in downtown Lubbock, create some of the best food in the state. Dining options range from The Nicolett’s stunning outdoor space to West African, traditional taquerias, tapas at La Diosa Cellars (owned by Sylvia McPherson) or the brilliant Latin-inspired bistro Cocina de La Sirena.

The American Viticultural Area system is certain to help Lubbock and Fredericksburg, even though the latter somehow ended up with the Texas-sized “Fredericksburg in the Texas Hill Country AVA” name. The AVA takes into account topography, climate, soil, and other factors that can create a “family resemblance” in wines grown within the same geographic area. Lubbock will benefit by the overwhelming number of bottles with Texas High Plains AVA on the label. Eventually, it just becomes obvious, but the big money is in Fredericksburg, and that will matter ultimately, as will proximity to Austin.

Staying at the Downtown Marriott in Austin puts you two minutes from the highway system and less than an hour from Johnson City. It allows you the best of Austin and best of Hill Country. Once you get to Hill Country, William Chris is a must. The facility and view are both lovely, and the wines—a combination of Hill Country and High Plains—showcase how far Texas wines have truly come. They make outstanding Grenache and Mourvedre, as well as a delicious Cinsault rosé.

McPherson credits Dr. Richard Becker with introducing Viognier to Texas, where it has thrived. The tasting room is beautiful, and affords the opportunity to try the Viognier, as well as a delicious Texas Riesling.

English Newsom wines are available at The Edge, and the new terraced landscaping makes its tasting room one of the most beautiful in Hill Country. Try the Viognier, of course, but English Newsom may be the only Picardin in the U.S. The fun, light white is a must-try. Lost Draw is in Fredericksburg, and per Texas Monthly, Timmons’s Counoise rosé was the best in Texas in 2021. It may be sold out when this goes to print, but if so, they make the best Malbec we tried, as well as delicious Mourvedre.

Finally, to sample Hill Country wines and dine in the same place, stop by Southold Farm and Cellar and experience The Kitchen. It’s upscale casual dining with a beautiful view, offering sparkling rosé and Picpoul, another light, fun white. 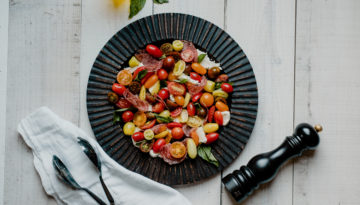 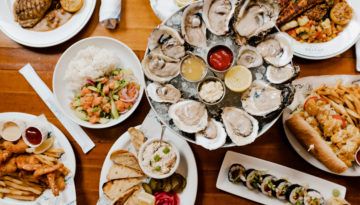 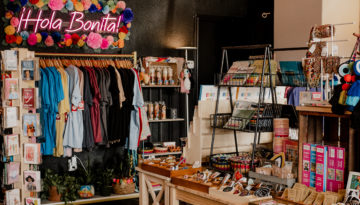 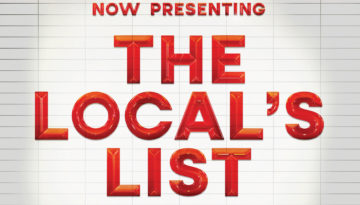