A New Cathedral for a Growing City - The Bend Magazine 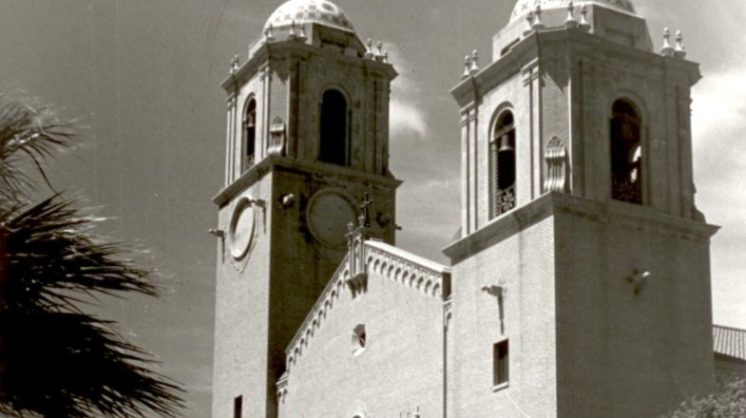 If you’re unfamiliar with the city’s history, the name – meaning “body of Christ” – and the presence of Corpus Christi Cathedral, it probably makes you think of the many Spanish missions built across Texas. It would make sense, given our location near the border on land disputed in the Mexican-American War…but the Corpus Christi Cathedral didn’t witness any of that.

Mass was held in the city from the mid-1800s, and served settlers from many places, from all over the U.S. to Mexico, Europe, and other far-off places.  In the 1850s, Father O’Reilly’s parishioners worshiped at St. Patrick’s Church. When the Diocese of Corpus Christi was formed, St. Patrick’s became its cathedral. With growth of the city and a fire at St. Patrick’s, the bishops sought to build a new cathedral and the Kenedy family donated the land it sits on today.

The Spanish Mission-style cathedral, named Corpus Christi Cathedral at the order of Pope Pius XII, was dedicated July 17, 1940. The name St. Patrick was given to a new congregation, with elements of the building being reassembled to become Our Lady Star of the Sea Church.

With glazed terra-cotta domes, a 32-bell carillon, beautiful marble sculptures, and Spanish tile work, the cathedral stood out at its location high on the bluff. Its Irish history is commemorated by the green marble baptismal font. Even if it’s only as old as Naval Air Station Corpus Christi, the history of Corpus Christi Cathedral is rich and being built, even today.