A Love Letter to H-E-B - The Bend Magazine 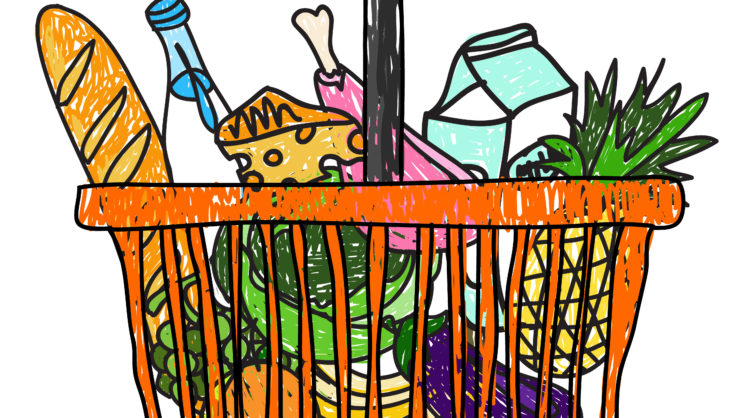 I’ve probably walked into the H-E-B on Leopard and Violet hundreds of times. Seriously. My mother detested Wal-Mart for its underwhelming array of produce and knack for never carrying exactly what she was looking for — I learned to detest Wal-Mart later in life for its corporate coldness and, oddly enough, the smell. H-E-B was less than five minutes via vehicle from either of my parents’ homes, and the freezy sub-70 temperature of the produce section provided solace from hot summer afternoons after a grueling day at primary school. (I avoided the afternoon H-E-B rush in high school, as it was far too likely I’d run into someone I knew.) It’s where I stood to fill all of my prescriptions and flirted with cute cashiers over conversations about whatever specialty food item I was purchasing impulsively. As I grew older and ventured to grocery store chains across Texas, and eventually, the country, I realized that H-E-B wasn’t just a staple in a South Texas childhood, but an actually great grocery store chain. Below are some reasons why The Bend staff (particularly the summer intern with pent-up comedic energy) loves H-E-B.

Basically as Local as You Can Get When You Don’t Have Co-Ops
Don’t get me wrong, I love the farmer’s market. If I could buy all of my food from a farmer’s market, I would. Unfortunately, I am a college student living on serf’s wages, and do not have the financial stability nor the scheduling capability to sustain that kind of lifestyle. What if I want tomatoes on a Tuesday? I was raised in a capitalist society, and am therefore a slave to my consumerist whim! Plus, although H-E-B isn’t Corpus-local, it’s Texas-local, and has various programs in place that support local initiatives and Texas farms. And, as virtuous as “meal-planning” sounds, I exist meal-to-meal, not week-to-week, and am currently living out of a backpack I’ve owned since my first year of high school. It’s National Avocado Day, darlings, and I will not be denied fresh produce!

Up on the Trends
Grass-fed beef? Avocado oil? Coconut yogurt? Goat cheese? These fancy foods all can be found at an H-E-B, and at a price that seriously rivals those in health food stores. It’s reassuring that my sister (a vegan) and I (not a vegan) can hit up our neighborhood grocery store together and gather a week’s worth of sustenance without a slamming bill. And often, the H-E-B versions of trendy foods are high-quality. You will not see me leave H-E-B with a four-dollar pack of eight name-brand La Croix when I can spend one dollar and one cent less on a pack of twelve that, frankly, taste just as good.

The Queens of Local Sponsorships
Granted, plenty of larger grocery store chains like Wally World have community grant programs that give money to community events. But H-E-B does a lot to sponsor community events in the South Texas area. The 2018 Conquer the Coast bike race is being sponsored by H-E-B, and the annual Feast of Sharing event is right around the corner. H-E-B also has a program that donates to food banks in Texas and Mexico, and has built parks and soccer fields across the state.

The Coffee Grinder
It’s no secret that The Bend staff loves coffee. There isn’t a single one of us that hasn’t given it a steady slot in our morning routine. The need for speed can be a bit of an obstacle, however, when you’re in college and have to prioritize buying the coffee beans over buying an at-home coffee grinder. That’s where H-E-B’s coffee grinder comes in clutch. Should public coffee grinders be more widespread? Are we onto something here?

Tell us what you love about YOUR H-E-B in the comments below!