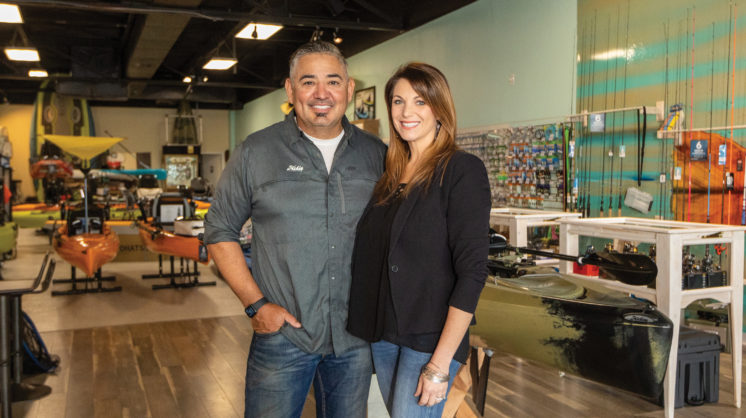 Mike Morales’ entrepreneurial journey, Fin Factory, has taken a number of different loops for a variety of reasons. These days, he’s most content flinging tight loops of fly line at tailing redfish on the shimmering flats of the Coastal Bend. Morales, a 1998 graduate of Texas A&M University-Corpus Christi, has always had a passion for fishing.

When Morales was in college, fishing became his favorite pastime. Upon graduating, his father gave him a small boat, which only further fueled his passion for the activity. 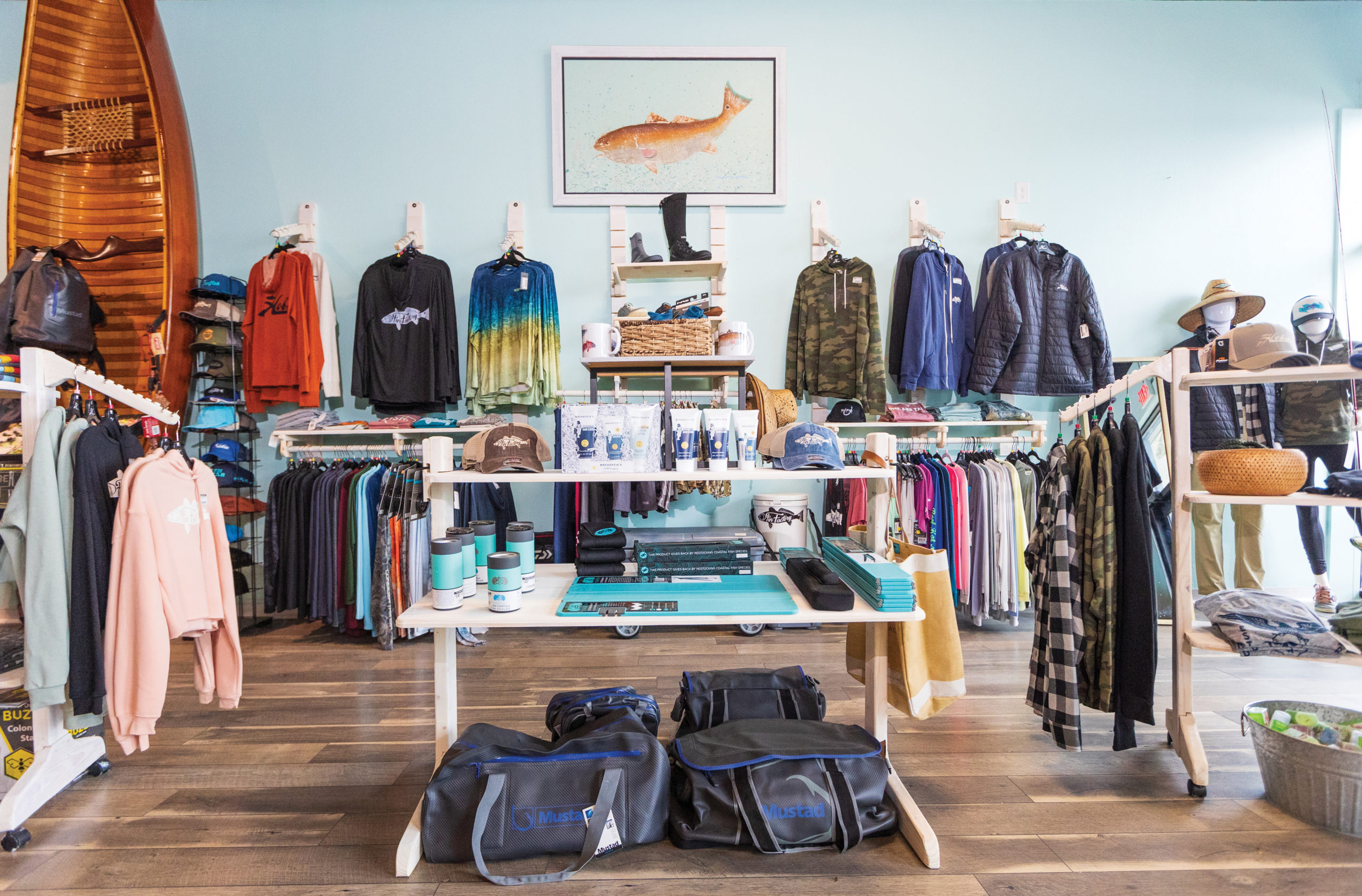 Morales studied criminal justice at the Island University and interned in retail loss prevention in the private sector while in school. After graduation, he sought out positions in that field and ultimately was recruited to Lowe’s, moving his family to Dallas to work for the home improvement store. Within a few years, he was promoted to area loss prevention manager.

Morales worked in the Metroplex for more than 10 years out of college. He would find that Lowe’s wanted him to move out of state and take another position – a proposition he didn’t find appealing – and he went to work for Abercrombie & Fitch as a director of investigations for five years.

Morales said his father got sick and passed away in 2013, and as he was dealing with it, he was reminded how much time he spent traveling and being away from family. “I ultimately had an epiphany while I was sitting in traffic in Dallas. I said, ‘Man, what am I doing?’ I added it up and I spent two years out of six in traffic or traveling. I told myself, ‘I have to get back south and get close to family. I don’t care what it takes.'”

“…I spent two years out of six in traffic or traveling. I told myself, ‘I have to get back south and get close to family. I don’t care what it takes.’”

Morales’ career path took another turn, again due in large part to family. His mother and stepfather had a brokerage business in the oil and gas industry and he moved back to Corpus Christi to work for them. He said he mostly conducted research on land titles and deeds, which left him free time on the side. A friend said he needed to try out kayak fishing and he was quickly hooked after having an epic day of catching fish on the flats.

Morales said he began learning the ropes of fishing from plastic boats and soon took another gamble. “Back at that time, there weren’t a whole lot of people kayak fishing and I was out there killing it and thinking, ‘Man, everyone needs to be doing this.’ I had some money saved up from the corporate world, and ever since I was a kid I wanted to be a fishing guide, so I said, ‘I’m going to try this,’” Morales said. 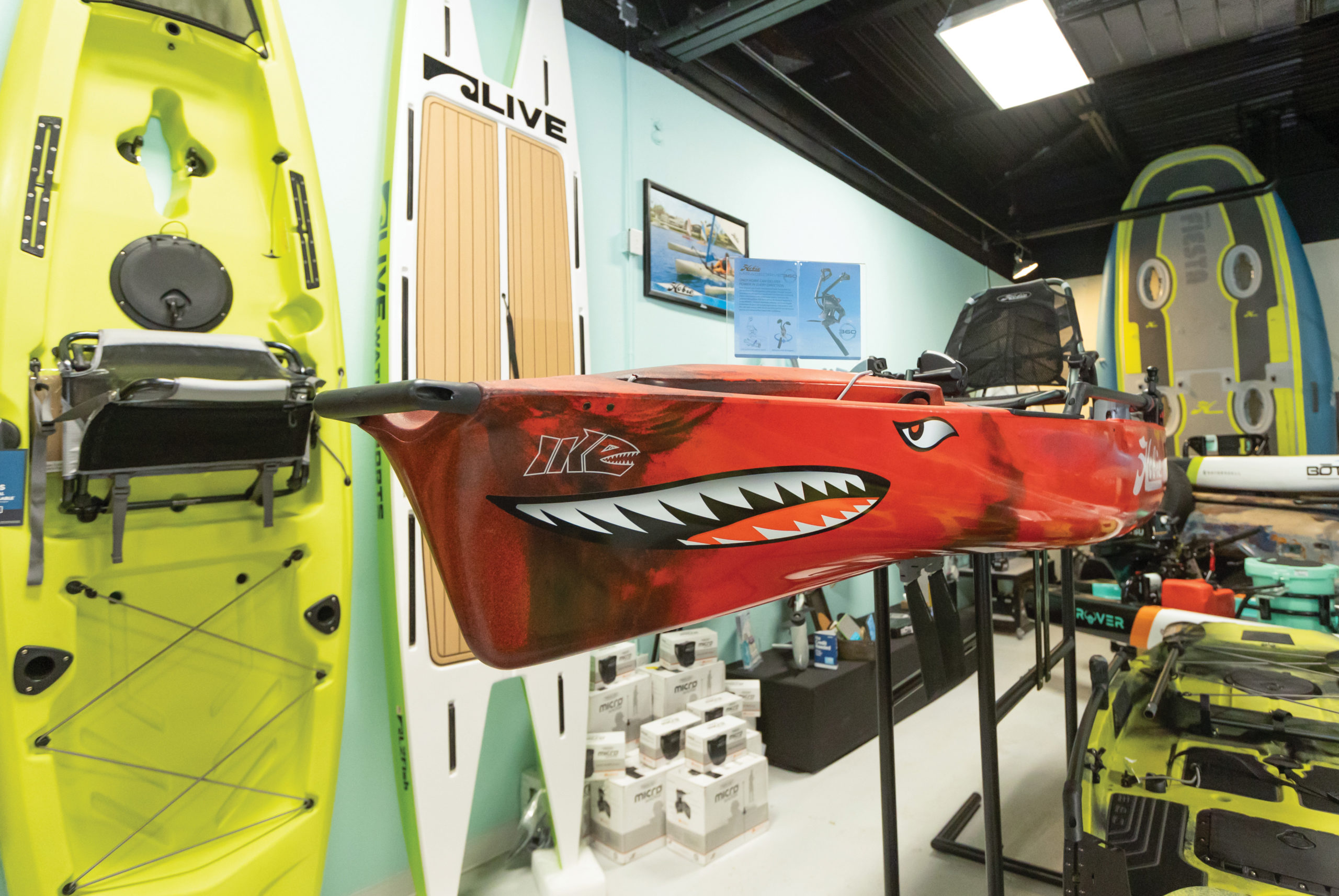 Morales got connected with Austin Canoe & Kayak — which is now out of business — and the company provided him support because there weren’t all that many kayak guides on the coast at the time. He said he got a good deal on four Hobie boats and ACK put him on its pro staff, telling him to post on social media when he took clients on trips to help promote his business and to help sell more kayaks.

Morales admits he was “terrible” at guiding but then things turned quickly. He found posting on social media brought in lots of views and more attention on his capabilities as a guide. Clients from all across the country and even anglers from England and India were soon booking trips, though Morales admits the fishing guide business and his landman job weren’t paying all the bills.

“Back at that time, there weren’t a whole lot of people kayak fishing and I was out there killing it and thinking, ‘Man, everyone needs to be doing this.’”

Again, Morales faced another curve in his entrepreneurial path. He went back into the retail world working for Guess Jeans as corporate loss prevention director, which meant traveling multiple days each week, cutting into his fishing time. He said the rise of online shopping coupled with a change in corporate strategy brought about a willingness to get back to work chasing his passion. Those plans included going all-in on fishing and guiding, and more social media marketing, which helped him quickly build up a full calendar of guide trips. 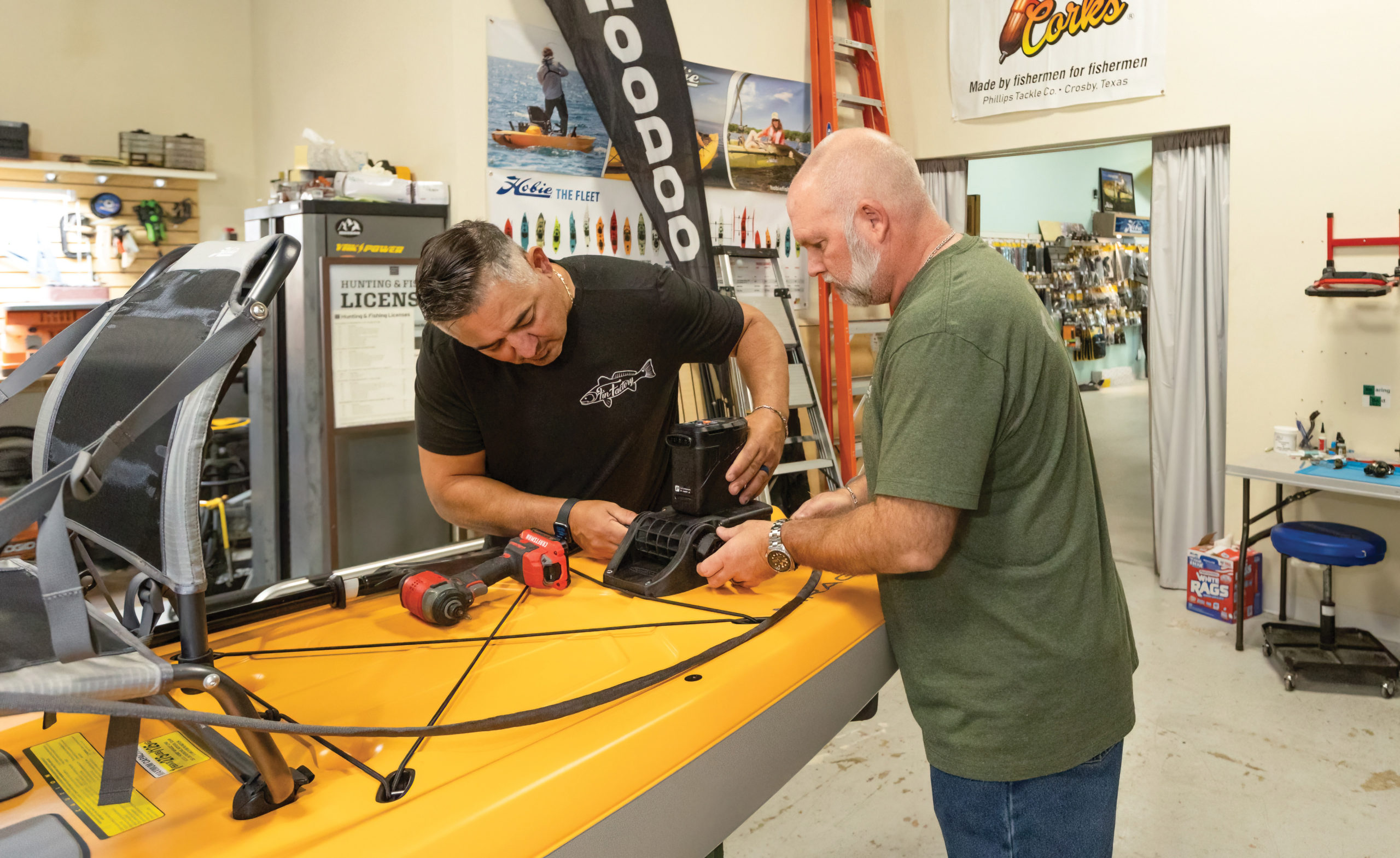 Running a fishing guide business can be more than a full-time job, but Morales continued to set his sights high. Soon after, he received a phone call from Hobie officials detailing plans to close the company’s dealership in Corpus Christi and asking him if he knew of anyone who might be in the market to take over kayak distribution. He quickly pointed out that he had 17 years of corporate retail experience and he soon found himself in need of a storefront – within a month. Morales was able to find a dilapidated shop along South Padre Island heading toward Flour Bluff.

Morales said he and his family renovated the building and did all the cosmetic work inside themselves in setting up a business selling everything from kayaks and paddles to fishing line and lures. He said Fin Factory became known because of his guide business locally, but it also brought in anglers from out of town who wanted to find the right gear for their excursions. 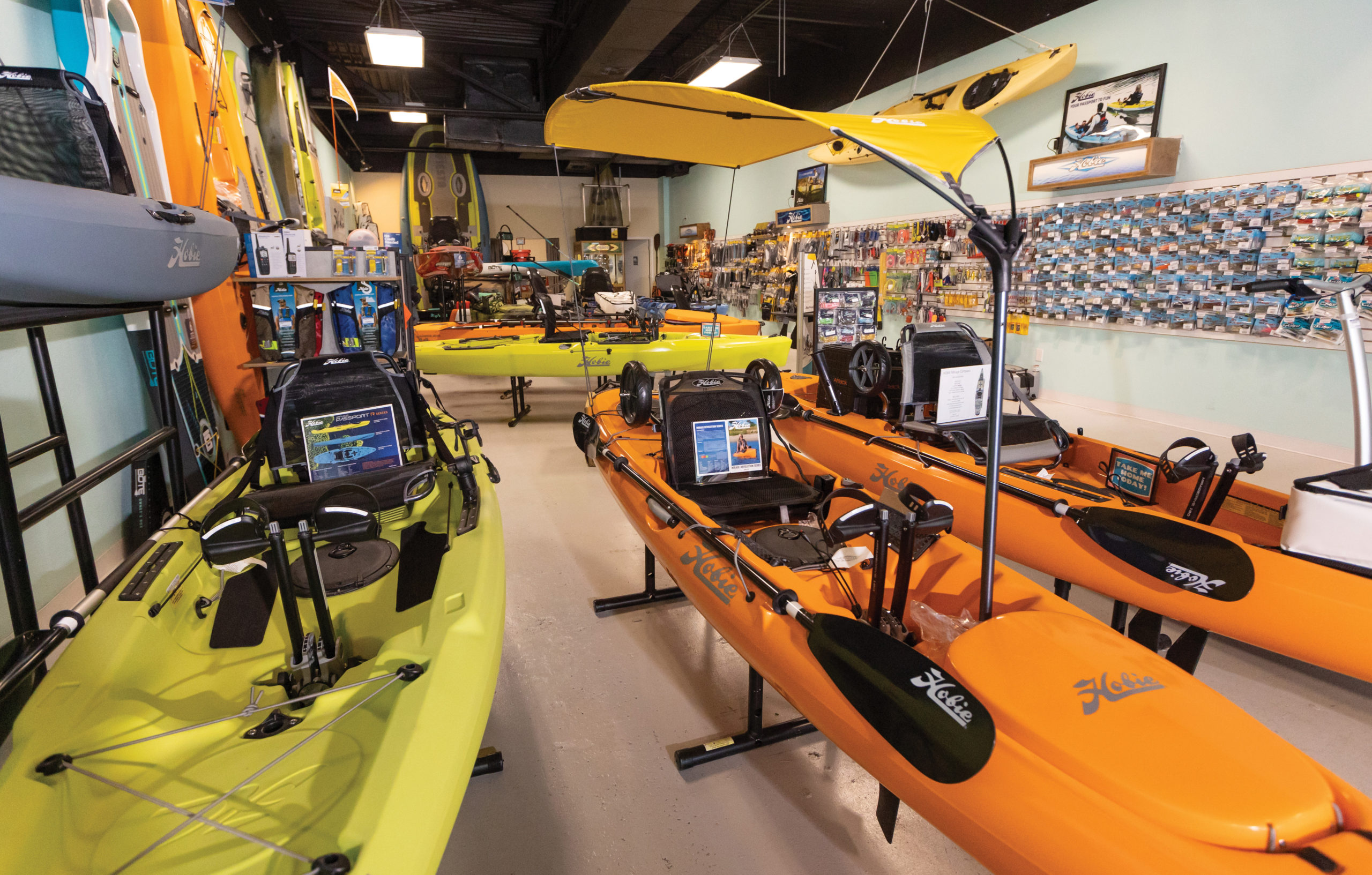 Morales also said fishing blessed him with another opportunity for which he’s particularly grateful.

“I met my wife, Jessica, on a kayak guide trip when she brought her young son,” Morales said. “She had been in the corporate world in accounting and HR, and it was because of her push that we decided to open our shop down in the Valley. We had a lot of customers coming from there and it made sense to open a shop in Mission.”

Morales learned last year that Austin Canoe & Kayak was going out of business in the San Antonio area, which led to another expansion into that market for Fin Factory, which is now the No. 4 retailer for selling Hobie kayaks in the country. Looking ahead to a new year, Morales said the business he started by following his passion will also be opening a Houston location.

“Without jumping in and starting the guide business, we probably wouldn’t have the success we’ve had.”

Looking for more from The Bend Business? Check out Gulf Coast Growth Ventures is a Local Asset & A Global Player. 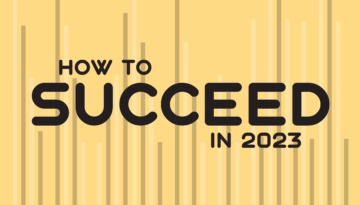 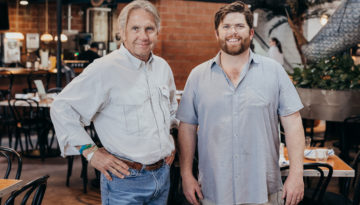 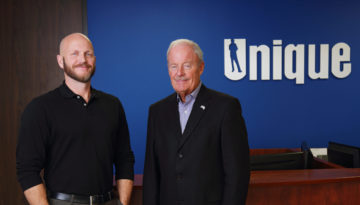