A Little Green Never Hurt Anybody - The Bend Magazine 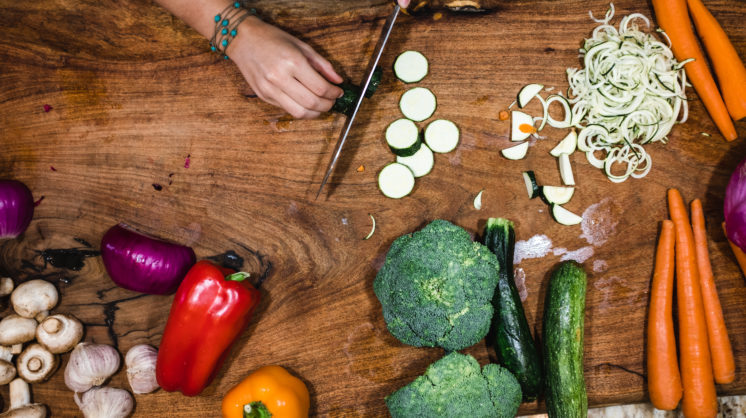 Food has always been a way to communicate with the world around us. There is so much you can learn from someone based on what they eat. When thinking of Corpus Christi, local patrons might think about street tacos or seafood – but while these cuisines are mighty tasty, one local aims to bring vegan options to the forefront of Coastal Bend eaters’ minds. Local environmentalist and vegan cook Charley Pena is the owner and cook behind Sun Sweetened Vegan. This catering service prides itself in being 100 percent vegan and cruelty-free.

“My main goals are to save the animals, save the planet, and save ourselves, and to do it with love – because at the end of the day that’s all that matters,” Pena says.
You might not expect a plethora of vegan menu options to choose from; after all, making food with all-natural ingredients can be a tough hurdle to maneuver. But one scroll through Sun Sweetened’s Instagram would change your mind. Dishes such as chickpea gyros with tzatziki sauce and cauliflower wings featuring a secret spicy sauce have our mouths watering. “I came back to Corpus Christi after a year of traveling and found there were no options for vegan anything here,” Pena says. She discovered that vegan food was not only underrepresented in our area, but also a concept some folks had never heard of before. “A lot of people don’t even know what vegan means whenever I say it, so I just decided to start doing my own thing,” she says.

Even though Pena loves vegan food, she also understands the change to veganism is not an easy one for everyone. When creating her dishes, she tries to make sure her food is not just healthy, but delicious, too. Her first step is to buy produce directly from local fruit stands and farmers.

Cooking with fresh ingredients has allowed Pena to have more freedom with her choices when preparing dishes for her customers, and being able to change ingredients while maintaining the proper texture of the food is an important trait in Pena’s cooking. She believes that, when done right, most people won’t even notice what they’re eating is actually vegan!

“Texture is one of the most important things to consider whenever you’re doing something vegan, because you’re using a lot of the same ingredients, but you don’t want it to be boring,” she says. Many individuals might not know how veganism can aid in their overall health. Pena has made it her mission to grow her business while educating others about the overall benefits of a vegan lifestyle.

“There is no cholesterol in a plant-based diet, and it’s actually been proven to reverse diabetes. It really is eating your medicine when you eat nothing but plants; the amounts of nutrients and vitamins you’re getting is crazy,” Pena says when referring to the science behind the vegan lifestyle.
Pena took to social media to announce the eventual expansion of her catering business into a restaurant. “This next phase of Sun Sweetened Vegan will create a wave of change in The Coastal Bend,” she said. “We will be opening Corpus Christi’s first Plant Based Restaurant and Zero Waste Grocery. We will lead the way in conservation efforts, sparking a change in the culture to save our planet and live more sustainably.”
Contact:
@sunsweetenedvegan  |  (361) 462-8648 | sunsweetenedvegan@yahoo.com
Share 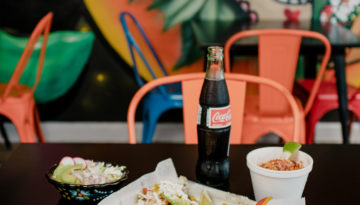