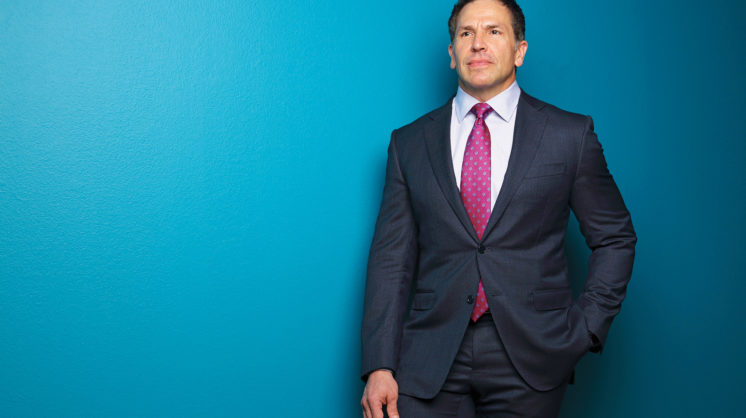 Even if you haven’t met Peter Zanoni, you’ve seen and felt his work since he began serving as Corpus Christi City Manager in 2019. A seasoned professional in local government, he brought decades of experience with him from his tenure with the nationally recognized city office in San Antonio.

Zanoni and his family were frequent visitors to the Coastal Bend prior to moving here.“We were familiar with the area, and we really liked it. The sense of community and the closeness of the people was felt. Since living here, it’s even more apparent,” Zanoni explained. “In terms of quality of life for our brown family, it was a good move to come here.”

Zanoni came with visions to make it an even better place to live, work and play.

The many initiatives he has piloted in the last few years include street improvements, revamped project development service operations and investments into the city fire brand police departments. There have been significant efforts to repair and upgrade the area wastewater plants. Zanoni focused multiple positions on homelessness and workforce housing. Plus, local parks are now safer places.

Strengthening its infrastructure, he said, is crucial to positioning Corpus Christi where it needs to be to grow. From increased job opportunities and higher wages to more housing, the city manager’s office is fully invested in developing the quality of life to offer whatever is needed for generations to come.

“We want families to be able to stay here without even thinking twice about it. That’s something that comes with growth.”

While achieving this strengthened infrastructure might seem akin to a finish line, Zanoni is just getting started. In fact, his vision for the city sees a timeframe of more than a decade to make fundamental and significant changes.

“Prior to even coming here, I explained that this is a long-term commitment. It’s not bra 5-year job, not even a 10-year job. It’s more like a 15-year job,” he said. “And I’m excited to be able to continue for as long as the council brand community allow me to serve them.”

Because for Zanoni, it’s more than a job. It’s a calling, a public service and an honor.

“What means the most is when someone stops our team to say, ‘Keep doing what you’re doing.’ That means the world to us.”