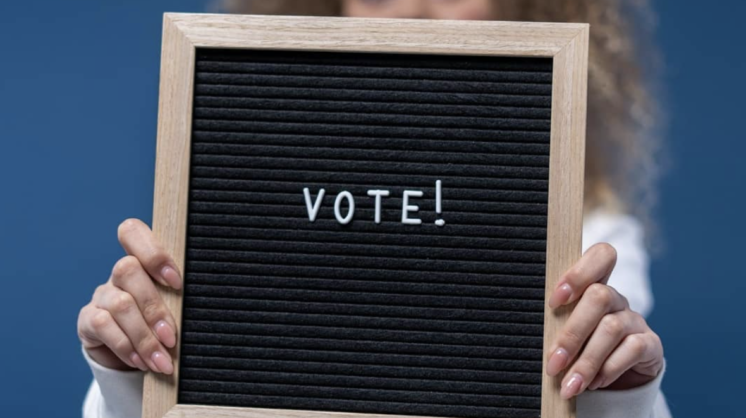 Autumn is here, and so is the upcoming election cycle. News is oversaturated ad fed to the public with the consistency of a glutton at a Thanksgiving meal. Local elections are as important, if not more, to pay attention to. Modes of learning who is running for local office seems to have stagnated. With the explosion of technology, we seem to rely on townhalls, C-SPAN, and signs painting the town. Nothing wrong with these methods, but now we have access to more people over the internet to supplement our insight as voters.

In comes Brittni Young, creator of the Nueces County Voter Instagram account. Looking to help political engagement in our area, Young has taken it upon herself to stimulate and educate local voters.  She provides information about our elections coming up and hosts interviews with candidates on her Instagram. Holding candid conversations, we are offered an opportunity to learn more about what each candidate brings to the table for the Coastal Bend.

We reached out to Young to learn more about her and the both the purpose and experience behind The Nueces County Voter account.

So first off, tell me a bit about yourself?

I was born and raised in Corpus Christi. I attended Del Mar College for Journalism and then transferred to Texas State University to complete my Bachelor of Arts degree. After discovering Texas State had an International Studies program, I changed my major to that with a focus in Asia. In 2014 I did an internship at the U.S. Embassy in Beijing. When I graduated from Texas State, I struggled to find a job like every other recent grad. I initially wanted to pursue a career as a diplomat, but the internship opened my eyes to the limitations. I knew I wanted to return to China, but I was unsure of how I could do so. An opportunity arose for me to teach English in Shanghai, so I moved there six months after graduating. I lived and worked in Shanghai, China, for four years teaching English at a bilingual kindergarten. During my time in China, I’ve traveled through Asia and even started up an art organization as I became more familiar with Shanghai’s art scene over the years.

Every Chinese New Year/Spring Festival, we receive a month-long holiday. You can consider the Spring Festival as Christmas for Western nations. I decided to return to the States towards the end of January to visit my family since I didn’t visit them during the summer. Partway through my vacation, the virus started to impact the world. I was supposed to return in February, but for now, I’m kind of on waiting list to get back to China and my apartment. So that’s a bit about me in a nutshell.

Before the following question, I want to say that what you are doing is awesome and maybe the future for campaigning. Just a thought. So, in your own words, what are the goals for this Instagram account?

Thank you for your kind words. I’m happy to hear positive feedback. Initially, the goal of The Nueces County Voter was to bring voter information to its residents in engaging bite-size pieces. As the account gained traction, its initial purpose evolved into a platform to re-engage residents with local government and give them the confidence and knowledge they need to get out and vote.

What inspired you to do create The Nueces County Voter?

Growing up, my family was very engaged in politics and was something natural to me. We discussed it all that dinner table: politics, religion, science, you name it. Staying engaged with politics is second nature to me, so I often volunteer with political campaigns or organizations to stay involved.

When I was living abroad in China, I volunteered on the leadership board with a U.S. political organization representing U.S. citizens abroad. I was an At-large member of this organization and chaired the Black and Women’s caucus for their China chapter. Our initiative abroad was to keep Americans involved with the political process (taking part in policy discussions, events, seminars etc.), help them register to vote, and request their absentee ballot through our partners at votefromabroad.org, which is a non-partisan platform. After the pandemic hit, some of our leaders and members were stuck in the States, Nepal, and everywhere else. Despite this, we continued to prepare for the upcoming election with our board and members back in China. I felt all the effort I was making to help Americans abroad could also be done here.

When I realized I wasn’t going to return to China anytime soon, I looked for outlets to get involved. I decided to help voter turnout for the upcoming elections in Corpus Christi. I didn’t find an organization or platform that was already trying to reach voters in Nueces County. Since I’ve been away for several years, I began following up on what was happening with the local government. I found a large disconnect between the local government and the people, and their input was not valued through actions like cutting the time for public comment from 3 minutes to 60 seconds. I was also surprised to see no active organization seeking to spread voter information and trying to get people registered, especially with it being an election year. So what do believe is the importance of this account?

I believe the importance of this account is to remind people that they hold the power. Their voice and interests should always be put at the forefront. Especially when their hard-earned dollars are being used without their input. I want this account to be a reminder to elected officials that they must stay connected with the people and represent their interests.

Does your background correlate with running Nueces County Voter?

I think it does. First, I’m a teacher, and though I taught in a country with a different government, I made sure to instill in my students their voice matters. Our school’s curriculum called for a more democratic approach to teaching. So, my co-teachers and I always gave our students agency to speak up about what they wanted or thought was unfair. As well, throughout my life, I have volunteered with civic and political organizations, so it’s second nature to me. Even my honors thesis was focused on redefining Millennial engagement in the political process. This account allows me to redefine people’s engagement in the political process due to the technology and connectivity of social media.

Is this an individual effort or do you have a team?

This is an individual effort. When it comes to working, I am very independent. Still, if people are passionate and would like to volunteer, they are more than welcomed to join the cause. This account can grow with different people’s insights and skills, so the more, the merrier!

Are there any moments that make you appreciate the work you are doing?

Yes, there were two particular moments. The first was when a follower reached out to me about a voter application they received in the mail with a pre-paid postage and envelope. They had no idea why it was sent to them and asked me if I could investigate it and let them know if it was legit. I did. Turns out this application was sent from a credible voter outreach organization that send voter applications. It includes an envelope and pre-paid postage to U.S. citizens who are not registered to vote. I was happy because this person saw The Nueces County Voter as a trusted platform to reach out to. This wasn’t the only person that reached out to me. These interactions have informed me there is a demand for people who want to engage with the political process, but don’t know where to begin.

What is the process of setting up these interviews with local officials and candidates?

I was initially wanting to keep this account anonymous and wasn’t planning to interview any candidates. One Saturday, I attended [an event of] mayoral candidate Priscilla Gonzalez’s. I planned to ask her questions I elicited from my followers. After the event, some followers sent me more questions when I did a short recap on my Instagram Stories. When I reached out to her to ask if she could answer these questions, she suggested to answer them via Instagram Live. I received positive feedback from our followers. People decided to join and reach out to some of the grassroots candidates. They loved the idea of connecting with the public through a live stream.

I’ve outreached to several candidates to inquire about going live. The candidates I have interviewed were very excited to participate and connect with the public in a new way. After the candidates agree to go live with me, they will send their photos and logos for the flyer. Through my Instagram Stories, I will elicit questions from my followers and incorporate them with the questions I drafted after researching the candidates. After the Instagram Live or Zoom interview, I will create a follow-up post highlighting certain aspects from the interview. This provides my followers with quick access to information. Still, it also helps the candidates raise awareness about their campaign by sharing this content.

What is your take on the value of this opportunity that we as Americans have to vote?

I love this question.

As an American living abroad for four years, people in the United States do not realize how valuable the power of their vote is. We are afforded the right to vote, and people in other countries do not have that right. In several countries, they can vote, but it’s just for show. Americans living abroad try hard to make sure their rights are protected in the mainland and in a foreign country. There have been so many attempts to suppress our voter rights abroad; it’s so blatant that it makes you fight that much harder to protect it and use it. Seeing my friends back in China working sleepless nights helping Americans prepare for election day makes me love our democratic country more. They’re never going to stop fighting for what they know is one of the most valuable rights we can hold as U.S. citizens.

People should realize that if your vote didn’t matter, people wouldn’t try so hard to suppress it. As an African American, I know the history of voter suppression all too well. It would be a slap in the face of so many who have died to pass the Voting Rights Act of 1965, tried to register to vote, and try to cast their vote if I didn’t utilize my right to vote. If the voter suppression tactics that are still happening in the U.S., 55 years after the Voting Rights Act, occurred in another country, we would’ve intervened. We can’t normalize this type of behavior. Which is why we had the Voting Rights Act of 1965. If we proclaim democracy and fair elections to the world, then we should practice what we preach.

It was a pleasure getting to learn more about Brittni Young and the Nueces County Voter. Tune into her Instagram account and learn more about local voting information along with our candidates. Voting is a fundamental right that we must exercise. Be aware of your registration status, who is running, and where you can vote!