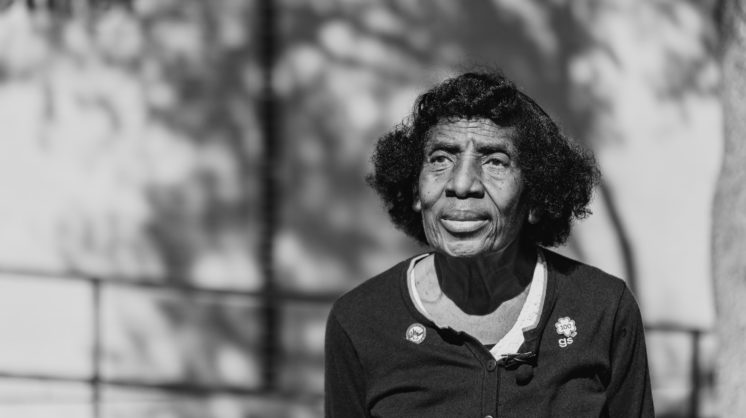 KC: Let’s start with some background information. In a few sentences, share with us a bit about your journey through life.

DGS: I was born in Jefferson Davis Hospital in Houston, Texas on April 14, 1938. I attended Fourth Missionary Baptist Church Kindergarten from September 1941 when I was three years old until May 1943 when I graduated  as the valedictorian of my class. I went on to attend Blackshear Elementary School (which was two blocks from my house) and Jack Yates High School. I graduated as the Salutatorian of my class with a 4.986 GPA (which was only .0001 below the Valedictorian). I was awarded an E.E. Worthing Scholarship and the Fill Four Year College Scholarship. I then went on to attend Indiana University and received my master’s.

KC: In school, you studied Zoology, Botany, and Genetics. What initially drew you to those fields?

DGS: I have a B.A. in Zoology with a minor in Botany and my M.A. is in Zoology and Botany with Genetics as the subject area. My master’s thesis research required attention to the question of, “Could an animal live and perform if it had a different genetic composition from the normal diploid genetic composition of that species?” That concept itself really drew me to these specific fields. KC: Tell me about your PhD and what the experience of obtaining it was like.

DGS: As I was very involved and fascinated with animals and their “normalcy,” I decided to [continue my education in that field]. Therefore, for my research, I posed the questions of, “How would the toad frog function if it only had one half of its normal genetic composition?” I created the “haploid frog,” frogs that had only one half of their normal diploid composition, and treated them compared to normal frogs. I observed their behavior and how they did or did not survive as a haploid animal. My PhD research also focused on this subject with genetic discrepancies to others. My severe curiosity about animals’,  and certainly humans’, composition–determining how they function in life – is what drew me to these ideas and concepts.

KC: You’ve made great contributions to the civil rights movement and continue to remain a figure in the fight for racial and social justice. I’d love for you to share a bit about that.

DGS: The one thing that really used to bother me as a little girl was why I couldn’t go to the library. The public libraries in Houston became open to Black people either during my senior year or after I had graduated. When it first opened, I walked through every inch of the library. That was my sort of defiance. When you say “the civil rights movement,” I say “the modern civil rights movement.”  If you know history, you know there were many riots, early, where Black people rose up against the treatment being given to them.

When I first started teaching biology in Indianapolis in 1961, I was the first Black teacher at this predominantly white college. In the process of doing that, I decided that what I really wanted to do was work in Black colleges for Black kids. I knew there were hundreds of thousands of Black kids just like me, poor, who didn’t have access to a number of things, who needed to have people help move them along.

You can focus on obstacles,  or you can go on and decide what you want to do about it. To me, it breaks down to that: you can do and not just be. (Excerpt from I Dream A World: Portraits of Black Women Who Changed America.)

KC: The bulk of your career has been in the field of education. What about education are you so passionate about and why do you continue to work in the school system to this day?

DGS: I am so passionate about education because it is what determines where and how and what a human being can do. The more in-depth (at any level, from kindergarten through doctoral study) and high quality education there is, the better the results will be in creating excellence in functioning for human beings. Therefore, I continue to work in the school system (even as just a volunteer at this point in my career) because I am committed to producing the best minds for America of all biological races, so that we can improve life. KC: In 1975, you became the first Black woman president of the National Girl Scouts Organization. Tell me about that. experience and what it has meant to you.

DGS: [Originally], Robinwood was at the south end of the property that was on a lake outside of Houston, while the white girl scouts had the property at the north end of the property. Even though the purpose and structure and content of the Girl Scout program experience [was to] provide growth and development, there were barriers.

It meant a lot to become the National President because of the opportunity to help move human relations beyond color. Changing the Girl Scout Pin to the present day pin – which has the three profiles of faces of three girls, representing white, brown, and black, the genetic range of skin color – was one of the ways in which the program became more inclusive for all girls.

KC: You’ve made history with your achievements in more ways than one over the course of your life. What would you say are some of your proudest moments?

DGS: One proud moment was when the Girl Scout National Board adopted the agenda item at the National Conference that then created the new Girl Scout pin. A second proud moment in my life was when I was appointed, over a period of several years, by several U.S. presidents to national and international organizations and events, representing the United States. Another would have to be running the last mile of the torch for United Nations International Women’s Year Celebration and Meeting that was held in Houston. The torch had been all over the world and I, as one of the commissioners in Houston – because of my contributions to women’s and girl’s development – was chosen to run the last mile into the opening of the conference.

KC: You actually have a day dedicated to you! How did you feel when the City of Corpus Christi named June 18th Dr. Gloria Randle Scott Day?

DGS: I was and am [still] very honored that the City of Corpus Christi created my day. I still am always trying to live up to that designation. I had no idea it was even being considered, but was pleased that the contributions I have made and still try to make for our community would be recognized in this way. KC: What keeps you up at night?

DGS: Trying to figure out where our country is headed! And, hoping that we will all come to our senses.

KC: What brings you joy?

DGS: Seeing how the various religious, social, athletic, and educational institutions and the commitments being made [by them] around the world to our younger generations and what that will positively allow them to do!