Knitting for a Purpose - The Bend Magazine 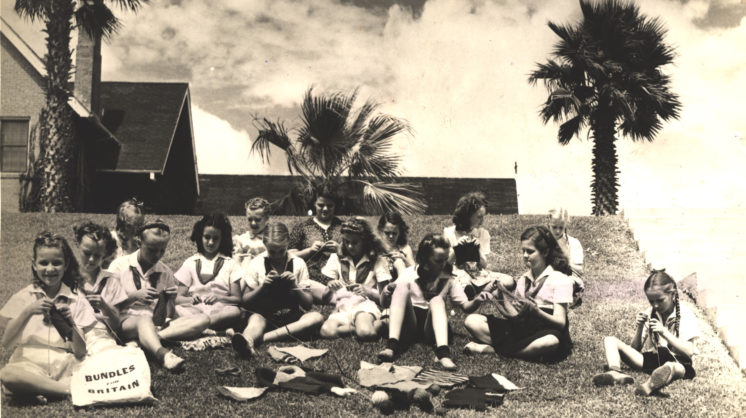 In talking about the role Corpus Christi played in the war effort during World War II, the conversation is often centered around the more than 35,000 pilots trained at NAS-CC and its airfields. But like cities across America, there are ample stories of everyday citizens pitching in, too.

During German bombing campaigns in the United Kingdom in 1940 and ’41, more than two million homes were damaged or destroyed. “Bundles for Britain” was born in New York City as people across the world raced to send aid to these civilians. This was prior to Pearl Harbor, and people of all ages looked for a way to help ease the suffering of America’s allies abroad.

For Corpus Christi, that meant a dedicated group of volunteers staffing an office daily to collect donations, distributing knitting yarn to those crafting new garments, mending and cleaning used bedding and clothing, and coordinating the shipment of the packages by sea from Houston. By the end of July 1941, 83 shipments had made their way from Corpus Christi to Britain. Work on Bundles for Britain continued until America entered the war after Pearl Harbor, when hundreds of men crowded the military recruiting offices on Dec. 8, and focus shifted to supporting them and their families at home.

For a generation growing up during wartime, Bundles for Britain was one way for their skills to be useful to those in need, and these Girl Scouts and others across the Coastal Bend rose to the occasion. 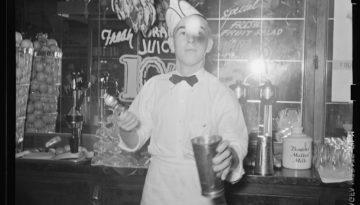