A24, Shoot a Film in Corpus Sometime - The Bend Magazine 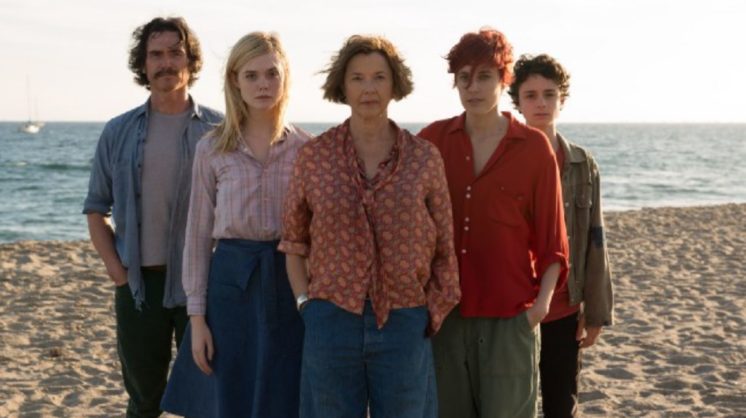 It is a Tuesday evening, and after a long day, I wind down while watching 20th Century Women on Netflix. I enjoyed it, but we are not here for a movie review. After finishing the film, I sent an innocuous tweet from The Bend’s Twitter account. I jokingly asked A24 (the entertainment company behind 20th Century Women, Moonlight, etc.) to come and film a movie in Corpus Christi sometime. Set my phone down for a quick nap or a dirty thirty if you will. Next thing I know, the tweet is gaining some unexpected attention. What flourished over the next couple of hours was interesting.

We had some quote tweets riffing off the original tweet. However, the one that stuck out was asking Corpus Christi residents to support local filmmakers. A lot less pointed than what I made seem, but hopefully, the accompanying images will provide context. 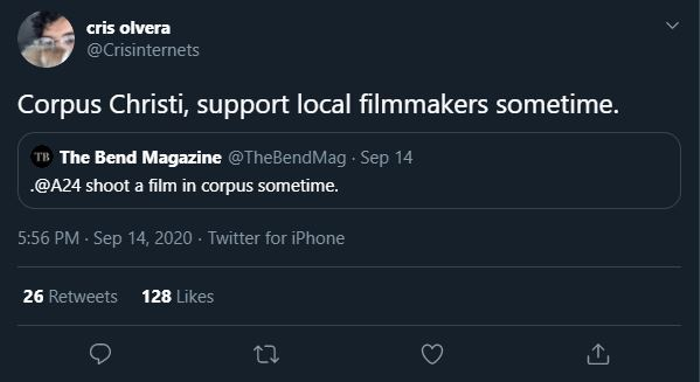 An endearing thread was then born. Showing the love and support of the film community in Corpus Christi. This was a lovely impromptu moment to raise awareness for our local filmmakers, producers, and composers. After some community boosting, another exciting bit of information came to light. Brett Oetting, CEO of Visit Corpus Christi, shared news about the Corpus Christi Film Commission. The film commission is taking steps to have a potential Hollywood Film be filmed here in our city in 2021! This project is still in the early stages of development, and plans can have a wayward fate, as we know by now. However, one thing is sure: There are constant efforts of revitalization in Corpus Christi. This does not mean we let up on momentum, but rather keep our foot on the pedal: all gas, no brakes. 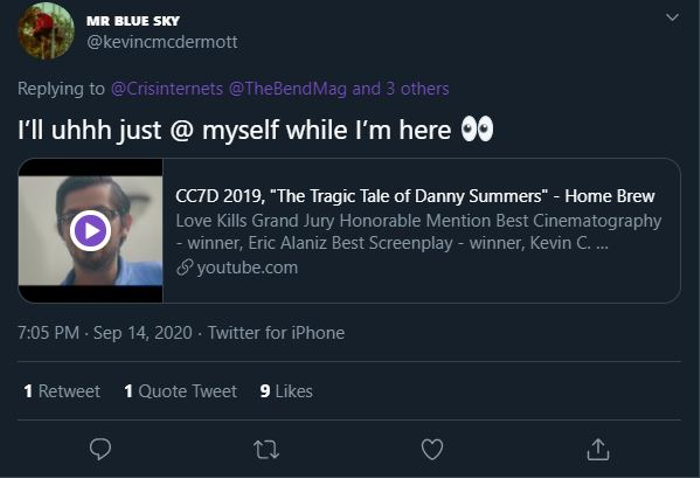 “Our first task is going to be creating a creative database. Meaning what do film and music need, and who in Corpus Christi focuses on those aspects. Things like videographers, actors, muralist, makeup artists, sound mixers, graphic designers, etc…are all important as films often looks to the community for local talent. We will also be looking to hire someone that will lead the film, arts, and culture department of our organization. That person will handle the daily duties of the database and act as a sales representative for the city. By attending industry events and meeting key industry stakeholders, the goal is to raise awareness of Corpus Christi,” states Oetting. 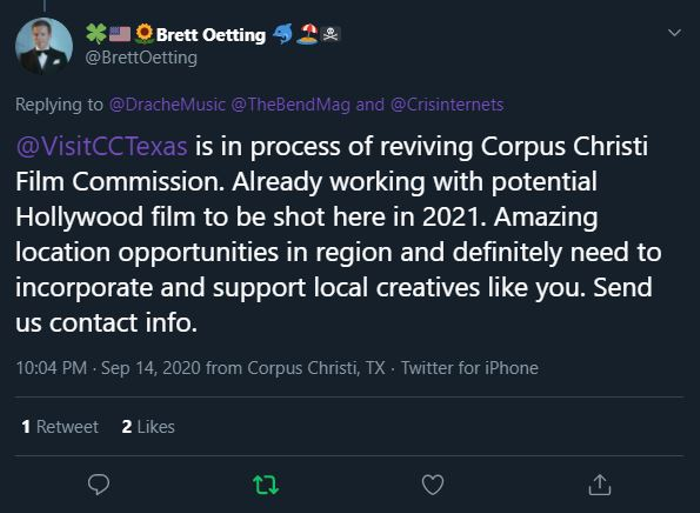 So, a lot came from this, and we have a lot to look forward to! And to do my best to tie everything together, below are the names and links to the filmmakers’ Instagram account and film mentioned in the twitter thread. Go see some of their work! Again, thanks to everyone who contributed.

We look forward to the developments Brett Oetting and Visit Corpus Christi are working on as well!

Jake Gonzales – “Keep the Noise Down“

Arthur Lung – “The Abyss (of everyone else)“