A Look Back at Ben Grande's Saloon - The Bend Magazine 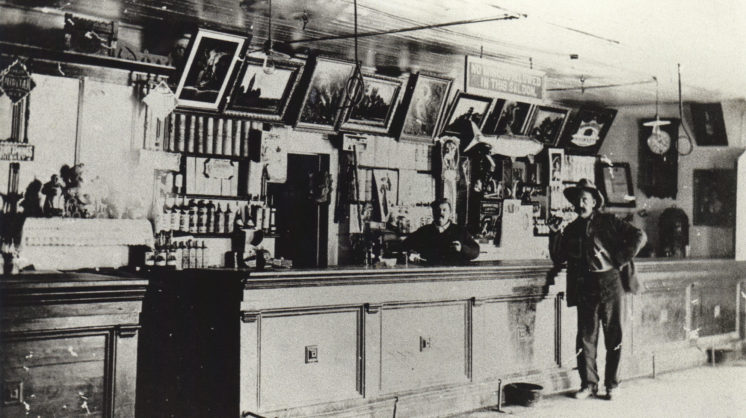 Corpus Christi’s early businesses were a reflection of the fact that its first period of major growth came with the arrival of 4,000 American soldiers to the frontier town. Among those first businesses were a slew of bars and saloons.

Local history from the first few decades after the city’s founding sometimes reads like an old western. Early Corpus Christi was the frontier, complete with cowboys, bandits on horseback, and important town business carried out at the local saloon.

One of the largest and most prominent was the Grande Saloon, built at Waco and Leopard by Frank Grande. The Grande family was full of entrepreneurs, and the name graced not only the saloon, but a restaurant, hotel, and pool hall. Frank’s son Benito Grande ran the saloon after his father’s death in 1905; it’s said that one could ride a horse up to the Grande Saloon and be served a drink without dismounting.

In 1916, Corpus Christi had 37 saloons when Nueces County was voted “dry” in advance of national Prohibition. The many saloon proprietors, including Ben Grande, adapted to find new lines of business. The location became a grocery store, and although it doesn’t stand today, Ben Grande’s home—built a few years before this photo was taken—is part of Heritage Park as a testament to his contributions to the community. The Grande-Grossman house is home to the Tejano Civil Rights Museum.