The Legacy Lives On: Water Street Market - The Bend Magazine 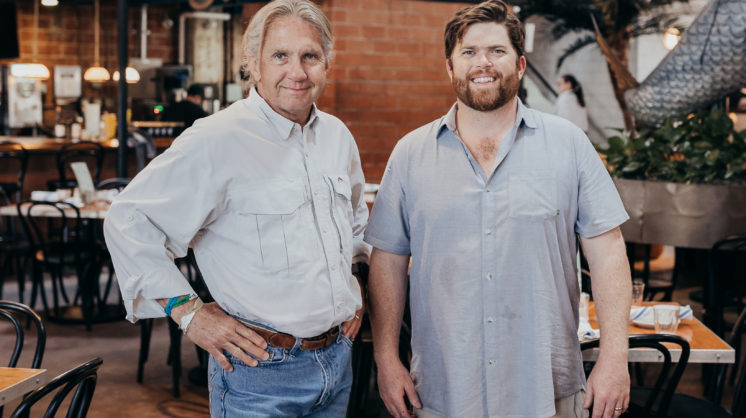 In the 1980s, Brad Lomax fell in love with Corpus Christi, Texas. Shortly after, he also fell in love and married his wife, Liz. And without any prior experience in owning a restaurant, they went on to become two of the most successful and well-known restaurateurs in the city. Their family perpetuates the legacy, with son Richard Lomax taking over Water Street Oyster Bar, the Sushi Room and Executive Surf Club. And just minutes away, their son Ben and daughter-in-law Lesley Lomax have BUS (Bar Under the Sun) in the former Greyhound Bus Station on Chaparral Street.

It all began nearly 40 years ago with two restaurants on Water Street; an Oyster Bar and a Mexican Restaurant. But when the demand for the Oyster Bar saw guests lining up down the street, they closed the Mexican restaurant and pivoted to make it Water Street Seafood Company. Then in 1990, they opened the Executive Surf Club. “It offers burgers, beer, live music,” said Richard. “I think it’s truly a treasure locally.”

Their journey in Corpus Christi hit some unexpected turbulence between a crash in the local oil industry in the ’80s, the financial crisis of 2008 and prolonged road construction of the streets surrounding the restaurant. “I think that being really close with our community, and because we have strong bonds with our guests, we were able to get through that time,” said Richard. “Our guests – this community – treated us really well and we are grateful for them.”

When reflecting on his career, which included endeavors throughout Texas, it’s the Corpus Christi community that inspires what advice Brad would give his younger self. “I would tell myself to focus my efforts and resources on Corpus Christi and the Coastal Bend,” said Brad. “There’s a ton of opportunity right here.”

Opportunity continued to deliver as they weathered effects and challenges from the 2017 Hurricane Harvey and 2020 COVID-19 pandemic. “The good news is that now, as a manager, I have been well-trained for chaos,” Richard laughs.

Something unique came out of 2020 for the Lomax family. After watching an 8-minute documentary titled Gospel of the Alabama Oyster that was recommended by Dr. Joe Fox of the Harte Research Institute, Brad was inspired to help develop an oyster farm. “My business partners and I founded The Texas Oyster Ranch in 2020 and we hold the first oyster mariculture permit (G0001) ever issued in Texas,” said Brad.

With their 8-acre Copano Bay oyster farm underway, they hope to begin harvesting and selling as early as summer of 2022. It’s all in addition to their continued efforts to help support the growth of downtown Corpus Christi. Although downtown revitalization efforts may have been stalled by the 2020 pandemic, the Lomax family thinks those very same setbacks may have developed an even stronger determination.

“It has created a lot of resolve in both in the community and for our business and our management. I believe we are all now stronger players with even more of a can-do attitude,” said Richard. “That has been the silver lining, as hard as it’s all been. We’ve come out stronger on the other end.”

In fact, the Lomax family has continued to expand in recent years. “We just built Elizabeth’s at the Art Museum of South Texas as an expansion of our catering business,” said Richard. “We have another project online this year to build a central bakery for all of our restaurants. It’s where we’ll be baking our fresh burger buns, table bread and dough.” They also recently invested in a 2019 remodel of Oyster Bar, which has been expanded to include a sushi room, and will soon do a kitchen and bathroom remodel at Surf Club.

When looking back at their history, Brad easily pinpoints a factor that has contributed to their success. “With the restaurant’s 40-year anniversary coming up, I can say that one of the reasons we are still in business today is because the second generation came in and came with their own ideas and methods and changed the paradigm. They looked at the business differently than I did,” said Brad. “Our continued success is because of our kids.” 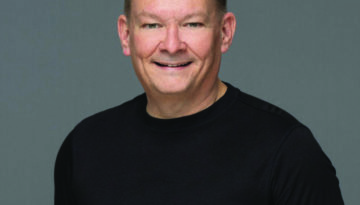 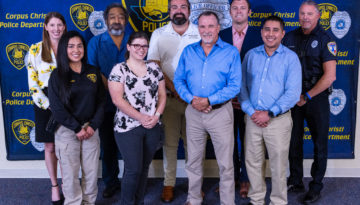 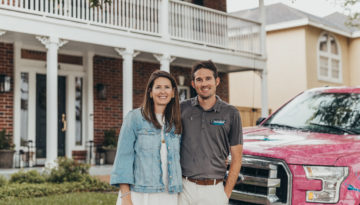 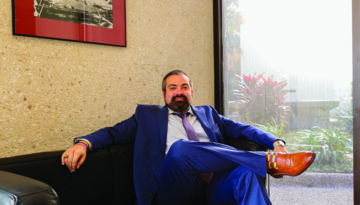