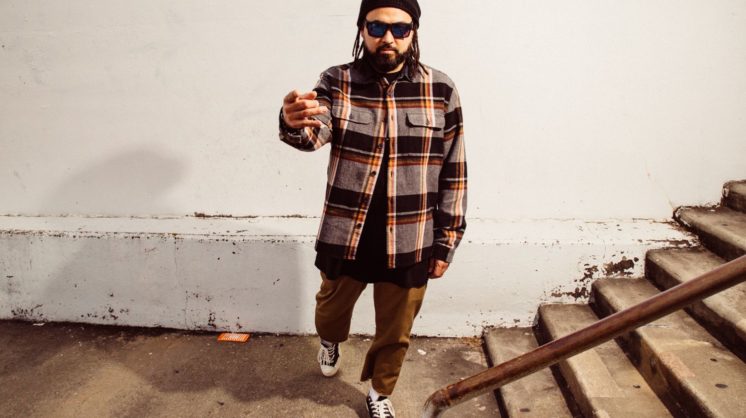 The in-person return of South by Southwest (SXSW) is officially here. The week-long festival brings the brightest creative minds across various industries to the city of Austin for live performances, film screenings, keynote presentations, exhibitions and more. With that, a few Corpus Christi artists are slated for musical performances throughout the week. If you’re looking for a Spring Break trip or simply want to get away for the day, we suggest heading to Austin to catch one of these performances.

With deep roots in Corpus Christi, producer, DJ, and nu-cumbia pioneer El Dusty relays the Southern Texas border experience via new barrio anthems where the MPC2000 sampler and chopped clips of Latin music become seamless pieces of music. Catch him and The Homies – CQ the Drummer and Andrew Ita III – on March 16 at the Cave Backyard and March 17 at The Venue ATX.

AB Dvinci and the team collectively known as “Take Money Productions” (TMP) will take the stage on March 19 at the Flamingo Cantina. Hailing from Robstown and Corpus Christi, DVinci’s music carves out its own special brand in the world of Hip-Hop. With a mixture of honest lyrics, sounds of southern soul, and a lively stage presence, this is certainly a show to catch.

For artist, DJ and curator EDICA+, Corpus Christi is at her roots. Her fusion of Dub, Reggae, Latin, R&B, Hip Hop, Global Bass and Experimental Electronica creates a fusion of intoxicating sounds. EDICA+ is kicking SXSW off strong with a performance on March 12 at Neon Grotto. Check out the artist’s social media pages for updates on other shows throughout the week.

Quentin and the Past Lives

Lead vocalist of Quentin and the Past Lives, Quentin Arispe, is a Corpus Christi native with a stage presence unlike any other. The band recently achieved their first sold-out show, and for good reason. Their high-energy performances combine the genres of Heavy Pop and Rock while incorporating the sounds of Funk, heavy drums and a sonic range which creates a new soundtrack for modern rebellion. Catch this phenomenal live performance on March 16 at The Venue Atx.

Born in Corpus Christi and raised in Houston, Lilly Aviana infuses sounds and influences from genres such as R&B, Soul, Jazz and Funk, while adding in a twist of Hip-Hop and Trap sounds to accompany her memorizing vocals to create a unique and refreshing sound all her own. You can hear Aviana’s tracks live on March 16 at Empire Garage and March 18 at Parker Jazz Club.